Why I hope the NSX saves Honda 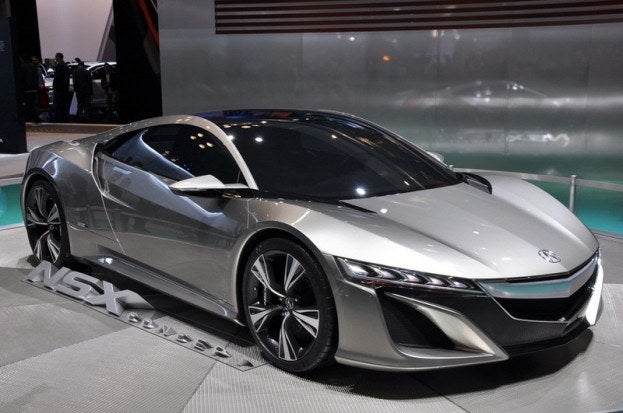 At the 2012 Detroit Auto Show, Honda/Acura unveiled the new NSX, which has a target launch of spring 2014. Like the original NSX this new iteration will feature a two seat design with a mid-mounted V6, but the similarities stop there. The new design incorporates a V6 hybrid powertrain, the latest version of SH-AWD (super handling all-wheel drive) system, and a newly designed dual clutch transmission.

The original NSX was born back in 1991 as a lightweight rear wheel drive sports car. It was sold around the world as a Honda and as an Acura in the states. The NSX was never known for its power, rather its handling, silky smooth transmission, lightweight, and easy-to-drive nature were its strong suits. It was a remarkable, ground breaking vehicle in its day. According to Ben Cochran, Director of Dealer Services at GoAuto, the NSX was the first car with an all-aluminum monocoque body, first equipped with variable valve timing (VTEC), and the first variable volume intake manifold.

What is even more remarkable is that in a short five years after selling cars outside Japan, the NSX was born. This passion for pioneering technology, innovative design, quality, making driver’s cars led Honda to many successful vehicles, such as: 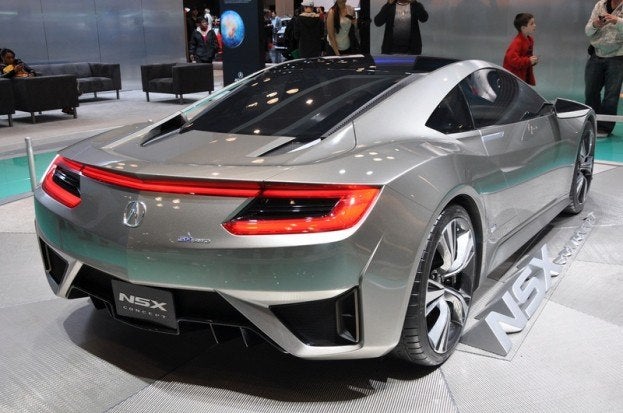 Only one of those cars is still produced today, the Civic Si, and in its class of compact fun-to-drive cars it trails far behind the competition of the Subaru WRX, Mazda Speed 3, and Volkswagen GTI. In fact the Civic Si came in fifth in a seven car test for Car and Driver. The Civic model line was redesigned for 2012 and tested so poorly that Honda is going back to the drawing board and promises an update for 2013.

In the 90’s Honda was an innovator and lead the charge. VTEC was such a ground breaking innovation that separated the brand from the competition, but now everyone has variable valve timing. And while everyone else is exploring turbo charged engines, Honda discontinued it’s only turbo motor (RDX). Most manufacturers have six and seven speed automatic transmissions, while most Honda’s have five speeds.

So what happened to the manufacturer that had the passion and drive to build the first NSX? Where did they stray from their values? Did they become compliant in their ways? Was it because the branched out to robotics and aerospace? Could it be due to poor leadership? I could speculate all day about what happened. But what I do know is that if this new NSX is sign of things to come we are in good hands. Honda’s current CEO, Takanobu Ito is passionate about racing and wants to make Honda known for making more than just quality cars with high resale values.

In the next year we should see a refreshed Honda Civic Si, an entirely new Honda Accord – the V6 coupe being one of the fastest front wheel drive cars out today, then in a couple years the new NSX. The future is looking bright for Honda.

About the author: James Daugherty is into cars, snowboarding, and caffeine – in no particular order. He writes for GoAuto.ca who is dedicated to doing whatever it takes to help with all your automotive needs. Stock Photo courtesy of Ritu Manoj Jethani / Shutterstock.com