FCVs, or Fuel Cell Vehicles, debuted in 1966, when GM made the Chevy Electrovan. However, at the time, they were very cost-ineffective. Therefore, GM put the idea on the backburner, and developed it without producing any more FCV cars for the next several decades.

It wasn’t until technology had caught up a bit with human innovation, and the 10,000 psi hydrogen tanks were ready for use, that the true interest in creating FCVs came about. 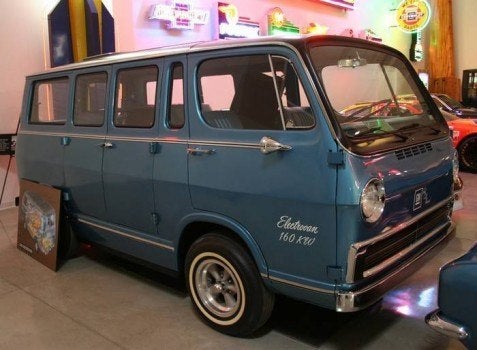 As of 2013, there were only 10 accessible hydrogen filling stations in the United States.  This was great for Californians, as 8 of them were in Southern California. There was a lot of hydrogen station build planning going on in 2014. Germany, Japan, the U.S., and England are all forking up a ton of money to build multiple stations across those countries.

The issue is mainly for station builders and owners. To buy and install the equipment to convert or add hydrogen filling stations to an existing station can run anywhere from $500,000 to $5,000,000 per pump!

This amount is dependent upon the size and traffic of the station.

The willingness of station owners and governments to spend this kind of money on building an infrastructure depends greatly on the number of FCVs on the road. As with many businesses, it takes money to make money. However, there has to be money to be made, otherwise, it’s bad business. This is what the Japanese are trying to fix.

The Japanese government has drawn up a plan to build hydrogen stations as quickly as possible, so that FCV sales will sky-rocket; or, at least, this is their hope. The U.S. will probably wait around and see what happens.

If our government figures out that there’s money to be made, we may see some heavy building very soon!

In the mean time, Toyota, Honda and Nissan have banded together to assist in the effort to popularize these hydrogen cars.