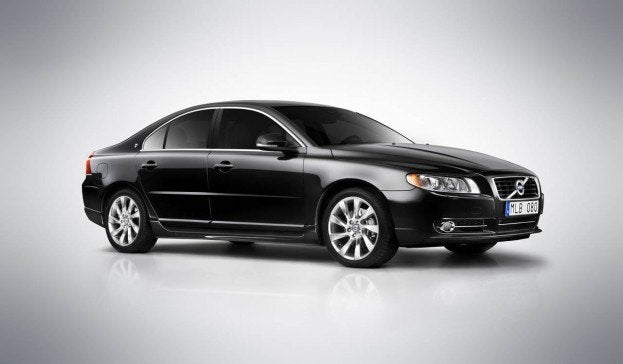 Volvo has been in the spotlight often recently. The news has primarily centered around its plans for a future full-size luxury sedan flagship. There have been varying reports that have surfaced and official from Volvo by way of Chief Executive Officer Stefan Jacoby.

The Concept Universe seemingly offered a preview of what a new sedan could look like, but apparently a new sedan isn’t part of the company’s short or long term plans.

What is a part of the company’s plans though is an expanded lineup that aims to be more premium, focusing on growth around the world in important markets like China. Volvo’s more premium aspirations are being evidenced by a new S80 Executive edition, while the V70 adds a sporty R-Design package. The S80 is Volvo’s flagship model, and the Executive package aims to up the ante. Certainly in the interior we see that happening. The Executive model helps to up the pizazz, and we like the results.

Other luxury touches the Executive adds are ventilated leather seats with massaging function, a new (very oddly placed) analog clock and an aluminum center console storage cover. We hope the changes are evidence of new, more luxury-oriented approach at Volvo. Also, an option offered by Volvo with the S80 Executive is a refrigerator in the rear seat that includes a set of Swedish crystal glasses.

The V70 R-Design follows a similar pattern to other R-Design models, with a redesigned body kit, LED turn signals in the mirrors, unique wheels and “silk metal” accents. The V70 R-Design’s interior is black and ditches wood trim for a black and silver motif. Check out our gallery below to check out the changes included in Volvo’s latest trim packages.