Throughout history, man has battled problems of his own design. Take the Plague for example. During the middle ages, humanity was advancing itself by sharing ideas, brought in from far away lands.

Europeans starting culminating in cities like never before, exploring these new concepts, and inventing new contraptions. This gathering of minds also led to disease, spread by an entire city of people who would literally throw their sh*t out a window. As smart as man was becoming, he was simultaneously crafting his own demise.

Let’s face it, humanity is its own worst enemy. In 2012, over 33,000 people died in the U.S., as they traveled in cars that were designed to make them more productive members of society. A majority of these fatalities were the result of a poor decision, made by the vehicle’s human operator. Take Mr / Mrs Numb-Nuts out of the equation, and fewer deaths will occur. At least, that’s what Volvo is hoping for.

The latest Volvo concept car has the ability to drop its driver off at the door, then drive off and park itself in the parking lot. Using transmitters built into the parking area itself, the self-parking feature can be summoned by a smartphone app as the driver exits the vehicle. The Volvo then drives off, scanning its surroundings with technology currently used for the City Safe autonomous braking system.

If pedestrians or other cars are detected, this Volvo can interact with them using the electric steering and automatic braking systems. Transmitters in the roadway, signal the car when to stop or yield to other traffic, and the car can even come back to pick you up when you’re ready to leave. 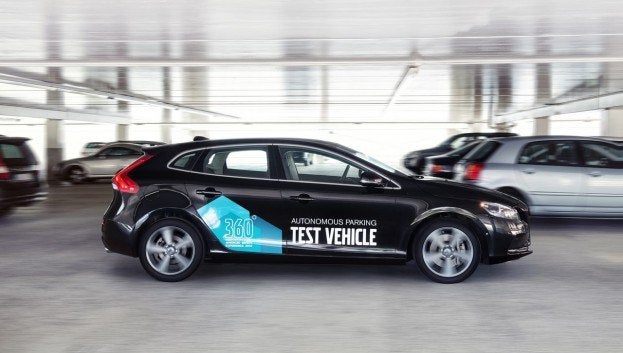 Much of the situational awareness technology is already being used for autonomous braking features like City Safety. Current Volvos may be aware of their surroundings, but they’re not yet programmed to directly interact with their environment, beyond automatic braking in last-minute scenarios. The forthcoming Volvo XC90 will feature a new autonomous steering function, but specific details have yet to be revealed.

The company best known for building cars that can survive a crash, is aiming to build cars that can avoid having a crash all together. Volvo sees autonomous driving technology as the key to its safety strategy, and they’re hoping to have no crash-related deaths in their vehicles by the year 2020. To facilitate this lofty goal, the company is introducing a new vehicle architecture next year, designed specifically for autonomous driving. Volvo is hoping that its cars can save more lives, by removing the element of human error. The next-generation XC90 will debut some of Volvo’s autonomous capabilities early next year, and fully autonomous Volvos will probably hit showrooms by 2020 (Nissan and several other automakers have already mentioned a similar time frame).

It’s ironic that the biggest hindrance to vehicle safety is “the nut behind the wheel”. But before you start screaming “I know how to drive better than some damn computer!”, think about this: The number of teenagers getting their drivers license has dropped to an all time low. A study by the University of Michigan found that teens would rather interact with friends via social media, than actually driving a car to go see them. And with such apathy toward driving, the next generation of drivers probably shouldn’t be piloting a 2-ton missile down the road. #RealityDisconnect 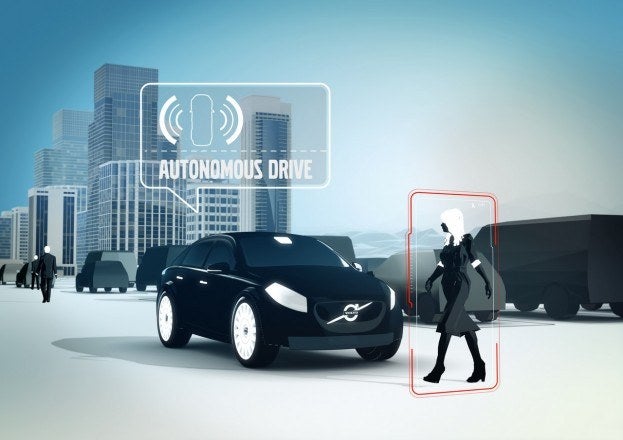