US Sales for BMW X1 Delayed

BMW’s X3 and X5 crossovers have been successful at establishing a strong position in the luxury SUV segment. BMW’s X6 and 5-Series Gran Turismo, on the other hand, haven’t done quite as well.

The smallest of the X crossovers, the X1, went into production for European sale in October 2009 at the company’s Leipzig assembly plant in Germany. Since then, the factory has been churning out X1’s as fast as it can build them, as the X1 has turned out to be an unexpectedly large success for BMW. The car’s performance in Europe is delaying its arrival to the United States, where the crossover market is growing very rapidly.

Jim O’Donnell, BMW of North America’s Chief Executive Officer tells Automotive News that “We are supply constrained….as long as they [Europe] keep selling them, I do not know when we are going to get it.” The decision to delay was made last year when it became apparent the X1 was doing quite well for itself in Europe, “selling out” in every single market. 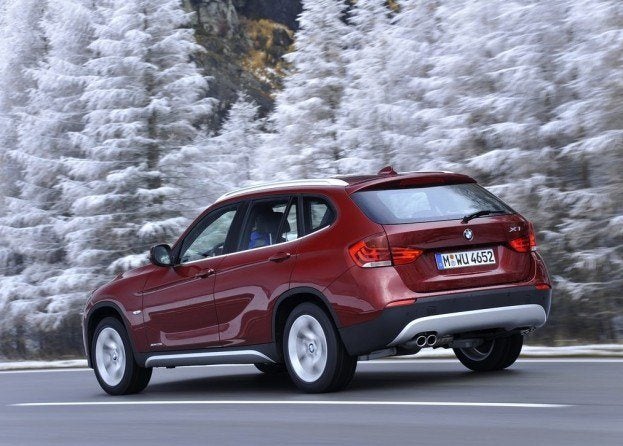 BMW is expected to review U.S sale of the X1 in April, meaning the earliest we could see it is in September. It could be pushed out even further though if demand continues.

The X1’s success took the company by surprise according to Ian Robertson, BMW’s board member for global sales and marketing….”It surprised everybody…it hit a sweet spot, and, given all the other things, it arrived at the right time…”

BMW won’t be left out of the U.S crossover segment however, as the more important all-new X3 crossover is launching here on our market this year. Apparently, the X1 isn’t expected to be that much of a seller in the U.S anyway, as BMW categorizes the car as a “low-volume” vehicle.

That means a volume of around 8,000 a year minimum to “make it worthwhile” says O’Donnell. We think that number will be well achievable for BMW when the crossover actually goes on sale. For now though, demand outstripping supply is a good problem to have.