Since 1974, Porsche has consistently pursued the power plateaus that turbocharging on the 911 sports car. Four decades with turbocharger technology has given Porsche a distinction of championing the technology ahead of many other, larger automakers. Approaching the 40th anniversary since the first 911 Turbo was introduced, Porsche has decided to commemorate the milestone in the same famous as the 50th for the Porsche 911 with a completely reengineered vehicle. Constructed on the new 911 platform, the 2014 model year Turbo and Turbo S sports cars will be the cure to performance seekers not content with 400 horsepower of the Porsche 911 Carrera S. 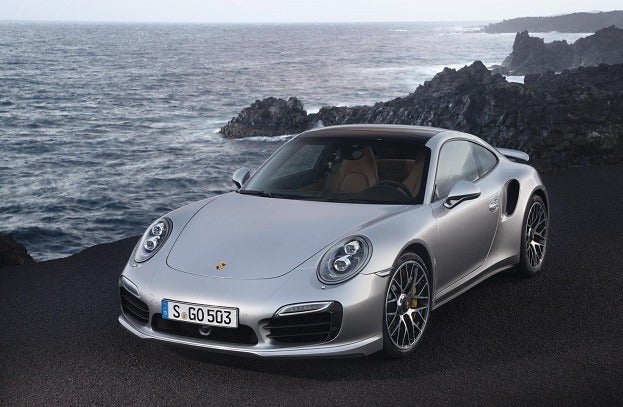 Both the 2014 Porsche 911 Turbo and the 911 Turbo S move through the Porsche Traction Management all-wheel drive system. A host of Porsche handling and management technologies are incorporated into the new 911 Turbo. Porsche Dynamic Chassis Control active anti-roll system and PASM (Porsche Active Suspension Management) is included the new 911 Turbo sports car. Optional Porsche Carbon Ceramic Composite Brakes and the Sport Chrono Package Plus would permit a driver to fully extract the driving bliss of the German machine. 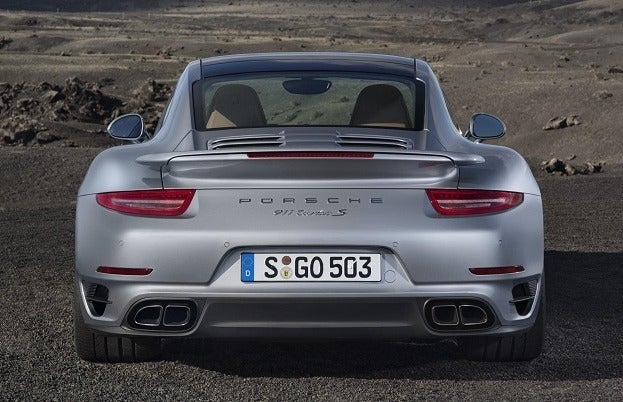 Powering the high-tech, all-wheel drive sports car preceded by a storied tradition, the 40th year of turbocharging the Porsche 911 will offer a fantastically loud cheer. Two turbocharger units using Porsche’s variable turbine geometry is attached to a 3.8 liter flat-six cylinder engine. Improvements to the 2014 model year’s powerplant have resulted in moderate horsepower gains over the previous 911 Turbo. The new Porsche 911 Turbo pumps out 520 horsepower. Presenting a 30 horsepower boost over its predecessor, the 911 Turbo S variant expels 560 horsepower. A traditional manual transmission choice has not been declared for the 2014 Porsche 911 Turbo. The lack of a stick shift is definitely going to send some sports car purists into a rage if they cannot accept a dual-clutch transmission. A modernized version of the PDK (Porsche Doppelkupplungsgetriebe) gearbox will have the task of handling the turbocharged power from the flat six-cylinder engine. Seven speeds from the PDK transmission will not only provide the responsive performance Porsche 911 Turbo owners expect but will participation in saving fuel. The new Porsche 911 Turbo adds auto start/stop capability allowing the engine to shut down when coming to a stop or while coasting. 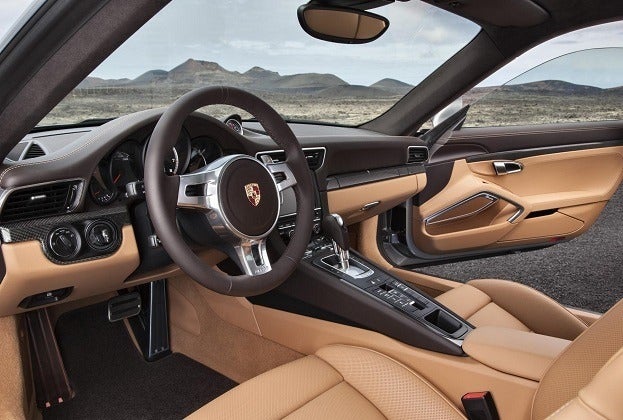 A mix of gripping performance and high-end comfort, the atmosphere inside the 2014 Porsche 911 Turbo’s cabin has been tastefully upgraded on the new sports car. A Bose sound system is standard on the Porsche 911 Turbo while a high-quality Burmester system is available at an extra cost. The 911 Turbo S model receives exclusive interior trim comprising of a unique black and Carrera Red colouring. Sport Seats Plus featuring 18-way adjustment and a memory function is also standard on the Turbo S. Some of the Porsche 911 Turbo’s most interesting driver features are geared for safety. Along with radar cruise control, the 911 Turbo provides available technology using a camera that recognizes road signs and speed limits. Similar traffic warning technology has been rolled out on BMW and Volvo products.

Appropriately priced for an upgraded Porsche 911, the 520-horsepower 911 Turbo model starts at $148,300. For the high-powered 560-horsepower Porsche 911 Turbo S, the manufacturers suggested price jumps to $181,100. Arrival of the first 911 platform-based Turbo models is scheduled to reach the United States in the latter part of this year.