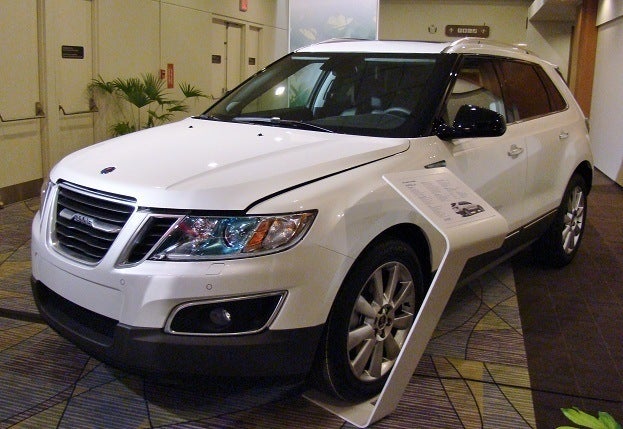 Once a proud industrial authority in Sweden, automobile company Saab has went into a downward spiral of fortunes since separating from General Motors. A premium auto brand idolized for their inventive aircraft-inspired styling, Saab took the deepest tumble in a very tough 2011 calendar year. Filing what Saab Automobile details as a voluntary reorganization (effectively a bankruptcy), the car company filed this latest chapter of financial hardship in a Swedish district court.

Recapping the pains of Saab Automobile, the past two years reflects a car business that developed a thick layer of rust. Firstly, Saab went through an arduous sale process in 2009 as General Motors attempted to offload certain niche brands. Spyker Cars came forward to buy the Saab brand after fellow Swedish sports car builder Koenigsegg pulled out during the final stages of take over. Since resting under the Spyker Cars umbrella, rains of financial instability have continued to drench Saab.

The second stage of Saab’s struggles came in April after production at the Saab Automobiles’ Trollhattan facility ceased due to cash flow problems. Production at the Swedish plant has been sporadic through to the end of August. A third and final issue, Saab Automobiles have been posting horrific financial numbers overall. Announced at the beginning of this month, Saab recorded an operating loss of 201.5 million euros (over 280 million dollars US).

Facing difficulty paying part suppliers and the carmaker’s employees, Saab Automobile worked to broker deals with Chinese automotive partners for increased funding. Deals that will grant Saab access to the pivotal market in China, Pang Da Lotus Automobile Group and Zhejiang Youngman Passenger Car Group have signed agreements with the beleaguered Swedish automaker. Agreeing to buy into Saab’s parent Spyker Car for a collective investment of 245 million euros (over 345 million dollars US), the deal will also provide Saab Automobile a short-term loan from the Swedish government. While the deal is signed, government approval is required for the partnership to be finalized.

Despite the bleak Saab Automobile is far from finished. Saab Automobile CEO and Chairman Victor Muller detailed the filing for government protection saying, “We have concluded that a voluntary reorganization process will provide us with the necessary time, protection and stabilization of the business, allowing salary payments to be made, short-term funding to be obtained and an orderly restart of production to be prepared.”. Muller commented that a formal presentation of the auto company’s restructuring plans would come in three weeks. “I realize that we have severely tested their patience, but it has been heartening to see that in general, our employees, dealers, suppliers and other stakeholders have stood by us through this tough period. I look forward to continuing these relationships and collectively start building a brighter future for Saab Automobile.” Muller concluded in the company’s press statement stating optimism of an estimated 11,000 orders Saab seeks to fulfill.

The motion for creditor protection does not apply to the North American operations for Saab or global ventures outside of Sweden. Reacting to the Saab Automobile’s restructuring, the United States website affirmed, “Our intention at Saab Cars North America is to continue to support our customers with premium customer service well into the future.”

As Saab Automobile works on finding its way out of their financial quagmire, the car company efforts will be monitored by loyal fan base for the Swedish brand.