The North American International Auto Show has a full slate of debuts scheduled. Right now Toyota is trying to stir up excitement for its new Furia sedan. Stirring up excitement for a Toyota sedan…yeah, that isn’t an enviable job.

Fortunately, the Furia may be unlike Toyota sedans that have come before it. Toyota is talking big about the car, leading us to believe that it is emblematic of its change in attitude toward performance vehicles. So far the company has delivered, with two outstanding sports models – the Scion FR-S and 2013 Lexus GS. 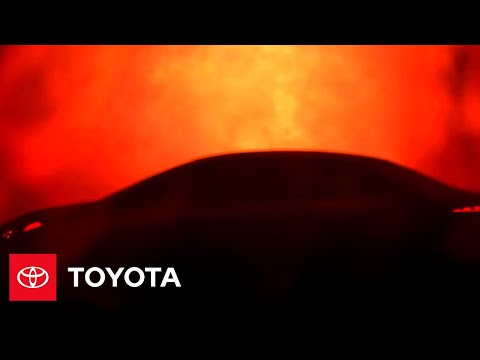 Very little is known about the Furia concept. We aren’t sure if its a pie-in-the-sky concept, a preview of an existing production line, or an upcoming all-new model. You know what we would like? A rear-wheel drive sedan based on the Scion FR-S platform. They can badge it either a Toyota or a Scion, we don’t care. Most likely the Furia is a front-wheel drive compact – surprise us Toyota. The teaser reveals a few details, such as a shadowy silhouette and a heavy use of carbon fiber. We like the striking orange color.

There is also some very stylized LED lighting, unlike any Toyota that we have seen. Toyota’s other launch at the Detroit show includes a production debut of the next generation Lexus IS sedan. That car was rumored to use the FR-S platform at one point, but it appears that plan has been ditched. Instead, the IS will use a shorter version of the GS platform. The Furia will make its appearance at Cobo Hall on Jan. 14, 2013 at 2:25 p.m. EST, with a presentation by Bill Fay, group vice president and general manager of the Toyota Division. Until then, check out Toyota’s teaser and let us know what you think in the comments section.