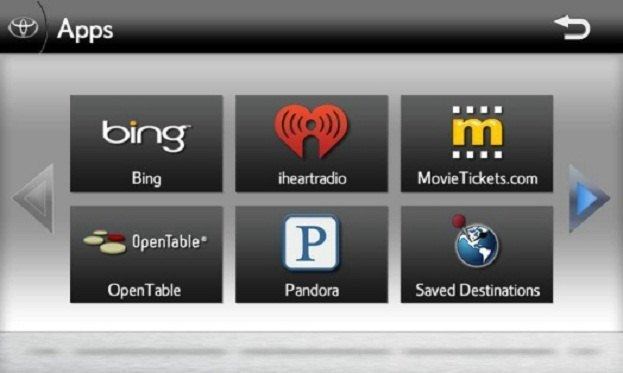 Today, many of us envy our smartphones in a similar fashion to how automobiles were excepted in the 1950s through to the 1970s. Eagerly awaiting the newest, more powerful designs meant to captivate, we look more for a fulfilling multimedia experience rather than the muscle to spin tires. Over the past few years, Ford’s SYNC system has provided, in many ways, a connection to the more tech-savvy customers who had been sharing a less intimate bond with automobiles than previous generations. Integrating cell phone and other media devices seamlessly into vehicles is becoming essential with Bluetooth-enabled technology a popular feature. Cited for possessing a rather mundane lineup, Toyota has shown-off a new Microsoft Bing-enabled, in-car multimedia experience which is certain to spice up its electronic creditability.

Introduced at the Consumer Electronic Show (CES) 2011 in Las Vegas, Toyota rolls out their new system called Entune. Set to debut on selected Toyota vehicles throughout this year, Entune primarily provides a nexus point for many smartphones or other electronic entertainment devices to be used safely inside a vehicle’s cabin. USB and Bluetooth connectivity options is included with Toyota’s new multimedia system with voice recognition or controls easily accessible while operating the vehicle.

Allowing users to play music off MP3 players or smartphones, the Entune system offers two other unique mobile music and entertainment experiences. Clear Channel’s iheartradio provides over 750 radio stations for streaming including a wide range of genres and personalities. For personalized music stations, Pandora will be available in its first automotive OEM (Original Equipment Manufacturer) deal having also entering into deals with Pioneer and Alpine. Toyota tempts by suggesting the Entune multimedia experience can also be combined with a JBL sound system.

Besides in-car entertainment, Toyota’s Entune offers a series of navigation services. Utilizing Microsoft’s Bing search engine technology, Toyota’s Entune system can help a motorist find businesses and locations through either a touchscreen keypad or through voice recognition. Along with finding locales, Entune also connects to MovieTickets.com and OpenTable.com allowing a user to make day or evening plans at the press of a few buttons.

As of the announcement of the technology at the 2011 CES, Toyota has not specified which products will first offer the Entune multimedia system. Assuring that the Entune system is wirelessly upgradeable, Toyota intends the in-car technology will operate with the latest version even years after a vehicle’s purchase.