The power and the glory of the finest open wheel auto race unites this Memorial Day weekend as the Indianapolis 500 will start Sunday with its 94th edition. With 33 professional race car drivers anticipating their first moves when the green flag falls, one special vehicle will bring the field to the start. Since 1911, the Indy 500 pace car exists as the only on-track authority in the parade laps and under caution.

This year, a 2010 Chevrolet Camaro SS in the hands of ABC’s Good Morning America personality Robin Roberts will humbly accept this ultimate motor racing tradition served by notable drivers and vehicles in years prior. While every pace car has the respect of leading racers into the most coveted 500 mile race, five cars receive special commendation for their contribution to brickyard history. 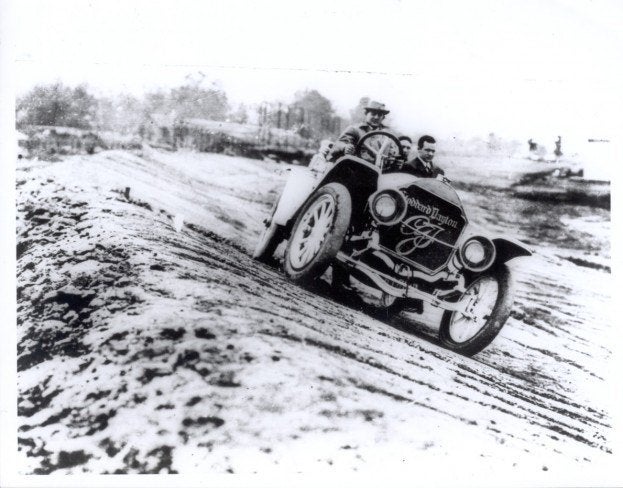 The very first Indianapolis 500 pace car, this vehicle supplied by Indianapolis Motor Speedway’s founder Carl G. Fisher. Fisher was an owner of a Stoddard-Dayton local dealership and made use of the 1911 Indianapolis 500 to advertise his product. Producing 40 horsepower, the engine in the Stoddard-Dayton was remarkably ahead of its time employing an overhead valve design that included two spark plugs per cylinder.

Stoddard-Dayton automobiles would pace 3 of the first 4 Indy 500 races. In the car company’s final appearance in 1914, the Stoddard-Dayton car company had fallen into receivership and would sadly be lost along with a multitude of early 20th Century American auto companies. 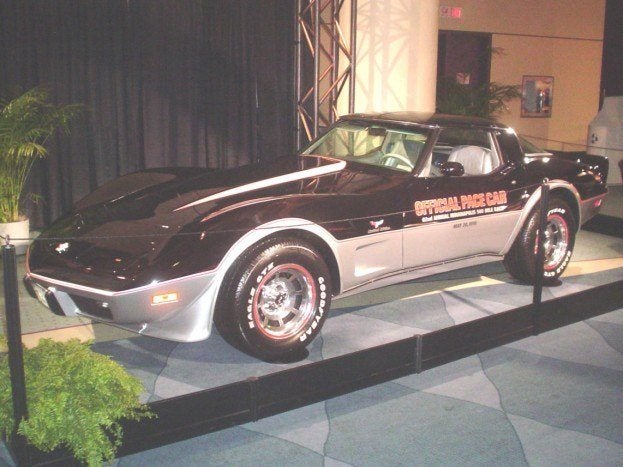 It may be hard to believe, but even when the Chevrolet Corvette was an embodiment of American motoring since its introduction in 1953, it wasn’t until the car’s 25th anniversary that one would pace the Indianapolis 500.

Granting the fact that the decoration as an official Indy 500 pace car is always a high honour, the results of early emission control devices left the 1978 Chevrolet Corvette looking like a less than flattering American sports car. Getting only 220 horsepower from a 350 small black V-8, performance was hindered further by a sluggish 3-speed automatic transmission. In spite of this, the 1978 Corvette served well that year at the Brickyard where A.J Foyt became the first driver to win 4 Indy 500 races.

While the Chevrolet Corvette’s nod to become an Indy 500 pace car was overdue, the famous two-seater didn’t have to wait another 25 years to officiate the another Brickyard race. Receiving 9 more opportunities, the Corvette also holds the distinctive record of leading 5 consecutive Indianapolis 500 races from 2004 to 2008. 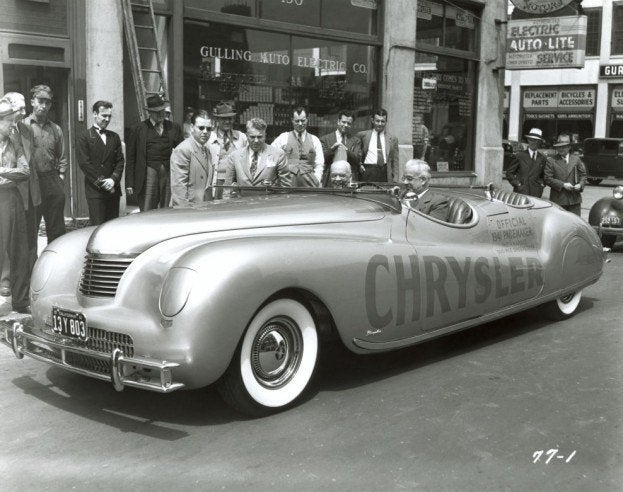 Designed uniquely as a dual-cowl phaeton (where two separate interior enclosures exist for the front and rear), this body configuration was very popular to the wealthy through the 1920s and even into the 1930s. Though the Newport’s body configuration had approached the end of its time, the 1941 Chrysler concept car exhibited the early auto industry’s use of aerodynamics. So striking, the Chrysler Newport could probably counter the car of 1941 Indy 500 winner Mauri Rose in a wind tunnel. Other stylistic touches shown on the Newport would also be replicated by producti

on cars such as hidden headlights and an exterior appearance voided of accents.

Existing as a futuristic projection of motoring, the Chrysler Newport could not foresee the Japanese attack on Pearl Habour which would silence the Indianapolis Motor Speedway for 5 years as the United States formally entered World War 2. Initially planning to showcase the Dodge Stealth, Chrysler faced a minor Public relations nightmare as the vehicle’s patriotism was judged. Though the Stealth wore an American badge, protests were led by the United Auto Workers union pointing out the Dodge Stealth platform was a Japanese manufactured Mitsubishi 3000GT. Successfully blocking the Stealth from serving pace car duties, a preproduction version of the Dodge Viper was commissioned as a pinch-hitter.

An immediate hit, the Dodge Viper beamed with its sassy red paint over cutting-edge sports car design. Beating with a monstrous V-10 engine, the Indy pace car model moved thanks to 400 horsepower (the highest rating for a non-modified pace car for its time). Carrol Shelby drove the Dodge Viper through the ceremonious warm-up laps in 1991.

A hardtop version of the Dodge Viper would pace the field in 1996 becoming the last non-General Motors brand to be an Indianapolis 500 pace car. 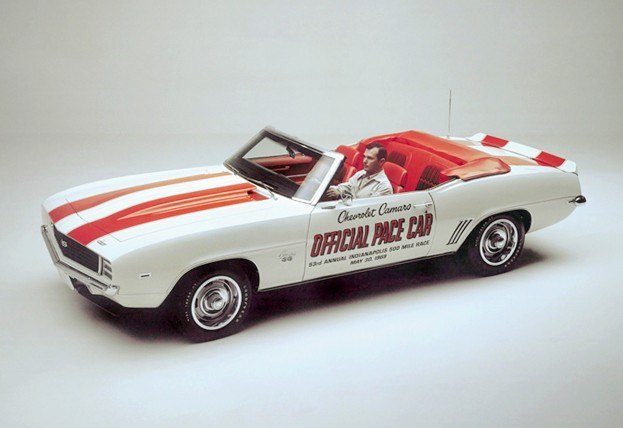 As a race, the 1969 Indianapolis 500 is noteworthy as being the event that one of motorsport’s greatest renaissance men, Mario Andretti, scored his sole victory at the Brickyard. Just as Andretti’s Indy 500 win is a memorable time capsule item, the 1969 Chevrolet Camaro SS Convertible pace car has become quite a historic keepsake.

Wearing orange stripes over a white paint job, Chevrolet made 3,675 copies of the Indy 500 pace car available to the consumers. Available only in convertibles, these Chevrolet Camaros have risen as sought after collectible. The pace car edition is so popular that many basic 1969 Chevrolet Camaros have been converted to so-called ‘recreation’ vehicles.