Tint At The Touch of A Button: Mercedes Magic Sky Control 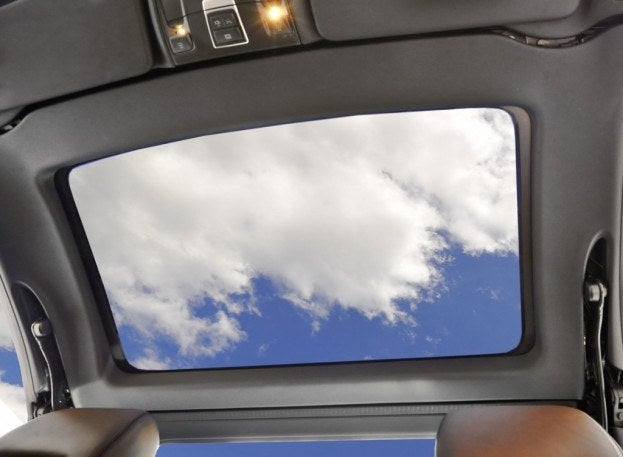 Many of us like tinted windows in our cars. They offer a lot of benefits, chief being privacy and shade from the sun. Thanks to the suns ray’s being blocked, interiors are kept cooler and all of that good stuff. Sometimes on a beautiful day though or when you want to see out the windows, regular glass would be nice. Mercedes-Benz may have an answer for that – the best of both words.

It is a technology called Magic Sky Control. It has already been used on panoramic sunroofs fitted to the production SL and SLK. According to Motor Trend, Mercedes is now looking to bring the technology to side windows. Don’t expect it next year, or on your C-Class just yet though. The technology would start out on being deployed high-end models like the S-Class, where the benefits are clearly seen. With Magic Sky Control, passengers could dim windows simply by hitting a button. This would allow Mercedes to get rid of mesh screens and motorized rear sun shades. There are a number of hurdles to overcome though. It must fit into a door, be able to be rolled up and down, as well as being safe during a crash.

The tech works by using two pieces of glass with a matrix polymer film between them. The polymer contains oblong-shaped nano particules that line up in a uniform pattern when there is an electrical current, allowing light to pass through. When electric current is turned off, the particles lose their uniformity, blocking 80 percent of sunlight. And that folks was your science lesson for today! Beyond the aforementioned hurdles are regulatory ones. States have different standards on what kind of tint is allowed, and Mercedes would need to find one that works in all states in order to roll this out. This is a feature that has a lot of merit though, so we hope Mercedes keeps with it. There’d be something really cool about hitting a button and darkening your window; especially when someone looks in….