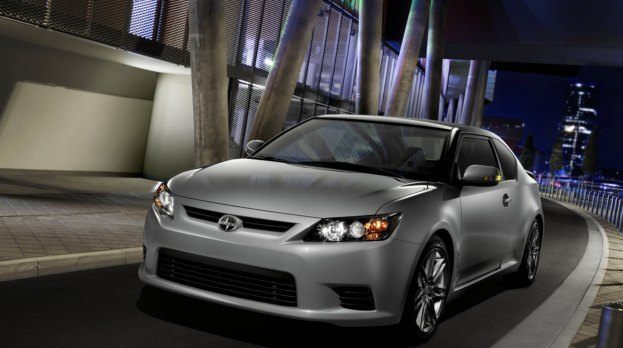 The second- generation Scion 2011 tC sports coupe debuted at the New York International Auto Show this week. The tC is scheduled to arrive in dealerships later this fall, and brings with it a host of new goodies, making for a pretty desirable ride.

“The all-new tC features styling that is both refined and aggressive, appealing to a sports coupe owner who wants to make a bold statement. The tC has had the youngest median age buyer in the industry, and with more power, superior driving dynamics, and increased fuel efficiency, that should remain the case with the new tC as well,” said Jack Hollis, vice president of Scion.

The most noteworthy aspect of the new tC is power. The second-generation tC arrives with an all-new 2.5- liter inline four-cylinder engine with dual VVT-i that cranks out 180 horsepower, which is 19 more than the previous version. Added to that is an additional 11 lbs.-ft of torque, and you can see where the tC could be a very interesting option. You not only get more power, but you also get an increase in fuel economy all while lowering emissions. There is also a new intake manifold design and a sport-tuned exhaust system that delivers a “bold and aggressive sound”.

Tranny-wise the latest tC gives you the choice of two all-new transmissions: the six-speed manual transmission is said to have improved shift-feel and adds to the car’s already fun-to-drive character, and a new six-speed automatic gains two gears along with sequential-shift.

The 2011 tC rides on a completely new platform, including a specially tuned MacPherson strut front-suspension and a double-wishbone rear-suspension. The latest tC rides lower than the previous model. There are larger 18-inch aluminum-alloy wheels wrapped in wider tires. The new model also comes standard with larger 16-inch disc brakes on all corners, meaning that it should whoa up like the business. The tC also has a new performance-tuned electronic power-steering system.

The 2011 tC comes standard with an AM/FM/CD/USB audio system that features eight speakers. As with all Scion models, steering-wheel-mounted controls allow the driver to easily navigate through all of their music.