The Future of Ferrari 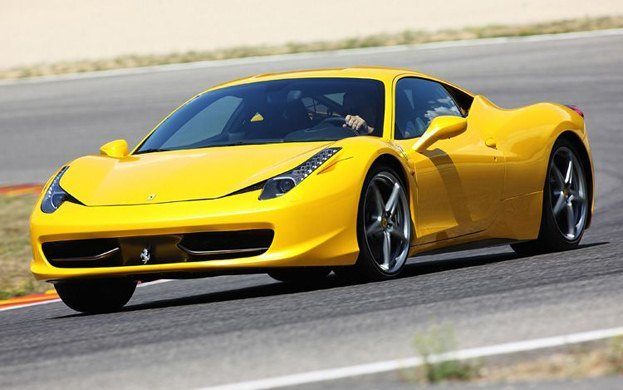 Tomorrow, I was thinking you could run something like “What’s the Future for Ferrari?” top Gearhead Chris said last week. Other things (that GeigerCars Corvette Grand Sport) got in the way, but it is worth looking at … and you know, orders are orders.

The short version is that over the next few years, Ferrari will be adding a batch of new models. Fiat CEO Sergio Marchionne said that Ferrari’s future products for the next five years will focus on increased product differentiation to target a wider consumer base.

The Maranello boys will introduce a “new special series Enzo” in 2012, Marchionne announced at an investor meeting in Turin last Wednesday. As an aside, sister company Maserati will enter the mid sized E-segment sedan market with a “sub”-Quattroporte sedan. It will be aimed at the Mercedes-Benz E-Class and BMW 5 Series, and personally, I can’t wait to see what that ride will be like. Maserati also working on a new Quattroporte, according to Marchionne, and will continue with the Gran Turismo and Gran Cabrio series. Even more interesting, yet vaguely, he added “Ferrari and Maserati will diverge, with more brand distinction during the next five years.” Hmm, wonder what that will entail?

Anyway, back to the prancing horse. In addition to the upcoming 458 Italia, Ferrari will also roll out the 458 Italia Spyder in 2011, followed by the new Enzo (aka the F70) and then follow those with a refreshed California in 2013.

Ferrari is also working on a replacement for the 612 Scaglietti, which is also due in 2011. There is a successor of the 599 GTB in the pipeline as well, although there were no details on when that car will be hitting the road, or just what it will be, configuration-wise. But since they’re having such great success with the 599 GTB, the 599XX and the 599 GTO, I would imagine they would stay with the front engine, rear transaxle shtick for the upcoming model as well.

So the next half-decade will have some interesting stuff rolling out of Northern Italy.