The Craziest Car Laws of the Land

Since the first automobile was rolled on the horse-trekked roadways, the usage of these four-wheel conveyances have been governed by laws. With over a century spent driving, some traffic and/or car-related laws have eventually be antiquated or just downright nutty.

Among these, some of the earlier traffic laws remain on the books as remnants to the early days of the horseless carriage where only an elite few motorists could putter around in than-bazaar machines. As the automobile became a common and robust form of transportation, some laws of the roadways have faded into obscurity.

Supplying a brief example to some of the wildest automotive laws on the land, the following list catches the legal system spinning its wheels Keep in mind the following laws are for entertainment value only. Please be aware that this writer as well as Automoblog.net expects all motorists to abide to the set (not necessarily the presently listed) traffic laws accepted within their jurisdiction.

Table of Contents show
A car is the only item permitted inside of a garage
When entering city limits in an automobile, you must alert the police
It is illegal for a woman to drive unless there’s a man in front of the vehicle waving a red flag
It’s illegal to wipe a car with used underwear
When approaching an intersection by car, a driver is required to signal crossing the street
Self-Serve Fuel Filling Stations are Prohibited
Black Cars Cannot be Driven on Sunday
Pickup Trucks Cannot be Parked in Driveway of Home
It’s Illegal to Lock Your Keys in your Cars
It’s Illegal to Run Out of Gas

A car is the only item permitted inside of a garage

Car culture in California has long been vibrant (and who can blame them for that!) but rewarding the automobile with its own room in the house is unique to the Long Beach area. In attempting to rationalize why such an ordinance would exist, possible thoughts of reducing fire and theft risks comes to mind. Perhaps another reason for the law could be to discourage rock bands from jamming in the garages.

When entering city limits in an automobile, you must alert the police

A fragment leftover from when there were more police officers than motorists, law enforcement may be facing deeper pressing issues other than daily commuters alerting them of another vehicle in the city.

A law which even than would constitute as an embarrassment to women, the man would probably feel extremely put out under a predicament such as running down the streets with a flag. However, to a man acting as a guide to his wife’s car would certainly be a deterrent to the escapades of a cheating husband.

Serious though, women have been licensed to drive vehicles in the United States since 1900 but it wasn’t until the deep latter part of the 20th century that females were properly accepted on roads.

It’s illegal to wipe a car with used underwear

As you can tell, while California remains an automotive friendly state, the region tops other states in stupid laws.

In this case, we must remember that many laws have been created for a reason. However, this is one particular bylaw we would probably be thankful not to learn of its origin.

When approaching an intersection by car, a driver is required to signal crossing the street

…by exiting the vehicle with a shotgun, look both ways and fire 3 shots into the air before proceeding back to their vehicle to cross the intersection

Where? Various regions including Wichita, Kansas, and the state of South Carolina

First and foremost, it’s important to state this traffic law is obsolete as modern firearm offenses would now supersede this practice. However, in days before traffic lights and signs, electric horns or turn signals were made automotive standard equipment, it was actually considered the law to use a shotgun in a way that would be judged as reckless in today’s traffic laws.

Similar laws can be found on the books in other regions. For example, when traveling down country roads in the state of Pennsylvania at night, it is required that a rocket must be fired into the air every mile. On top of that condition, the driver must wait 10 minutes before proceeding down the road. 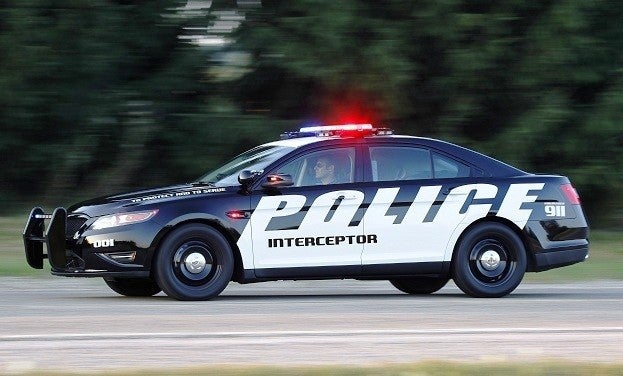 For drivers in the states other than Oregon and New Jersey, motorists eagerly seek self-service gas stations as a way to be less gouged by prices at the pumps. Keeping in mind the problem was not caused by the station attendants and staff who may be barely making effort to keep fuel in their vehicles, the quest to save a few cents a gallon at any time causes many to veer towards self-service.

While almost every case of refueling a vehicle is uneventful, the potential of accidents in the filling process is higher at self-service stations than at attended full service gas stations. It is for this reason the two states are said to restrict drivers to only full service as they argue it reduces the liability insurance of the filling stations.

However, many opponents argue the savings on liability insurance is offset by the additional labour cost. The preservation of those gas station workers’ jobs is another reason the states of Oregon and New Jersey are lobbied to maintain the full-service only rule.

When buying a vehicle, motorists in Denver, Colorado could want to avert from purchasing a black car. At least according to an odd but largely unenforced law, it was stated to be an offense to driving a black automobile during Sunday.

While a black car is a preference by most people, some religious faithful would be house-stricken on a Sunday. While many of us associate Mennonites with horse-drawn carriages, many actually possess automobiles. For some of those motorized Mennonites, they preserve their beliefs by purchasing only black vehicles.

Pickup Trucks Cannot be Parked in Driveway of Home

In the community of Cape Coral, Florida, it was once against the law a non-home owner from parking a pickup truck on a driveway or in the streets. Cape Coral repelled the law in 2000 but some pickup truck owners should beware that some homeowner associations in Florida are still enforcing this rule.

It’s Illegal to Lock Your Keys in your Cars

Referenced on the website motors.co.uk, the forgetful act of locking your car keys in the vehicle could result in more than just embarrassment. If a driver leaves their vehicle while the locks are left inside, the motorist could be cited for leaving their vehicle unattended. In a related dumb law existing in the state of Oregon, it is against the law to leave a vehicle door open longer in necessary.

It’s Illegal to Run Out of Gas

Sounding like another insult to injury law in the spirit of the punishable restrictions against locking keys in a car, this law has the better interests of road safety in mind. A non-moving motor vehicle could anything from a nuisance to a complete hazard for other drivers. On what is probably the world’s most famous roadway, Germany’s Autobahn is absolutely a thrilling spot when you are able to open up a BMW M3 or Porsche 911.

However, if a motorist runs out of fuel on the roadway it creates a very dangerous circumstance for the stopped vehicles as well as for other drivers. By making it an offense to run out of fuel the government hopes drivers will monitor fuel gauges with more diligence. A similar law also exists on elevated roads or ‘skyways’ in some places including parts of Ontario, Canada.