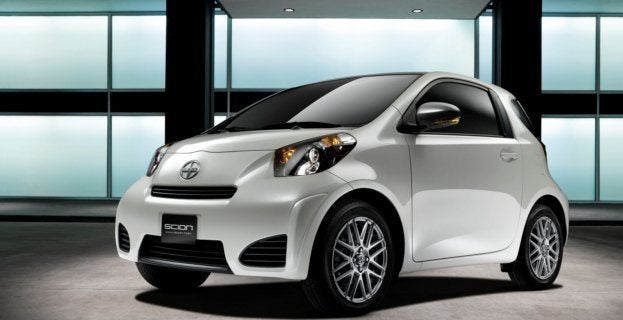 The all-new 2011 iQ premium micro-subcompact rolled out at the New York International Auto Show this week. The iQ will go on sale in early 2011.

“Scion prides itself on being an innovative brand with a lineup of iconic vehicles that set automotive trends. The iQ will define the premium micro-subcompact segment as the choice for new urbanites who want clever transportation without a sacrifice in style or new features,” said Jack Hollis, vice president of Scion.

The Scion iQ hopes to meet the needs of a new generation of urban drivers by putting big ideas into a small package. Scion says the iQ has “intelligent and functional packaging,” and that it offers the functionality and comfort that drivers expect from a car twice its size.

Besides the iQ’s diminutive size, the most notable thing about the car is its “3+1” seating arraignment. The driver’s and front-passenger’s seats are slightly off set, allowing for one adult behind the front passenger and a child, small package, or pet behind the driver. The rear seats are extremely versatile, featuring a 50/50 split and the ability to fold flat, creating enough storage to accommodate up to two golf bags.

And like I said, the iQ is tiny. With a 78.7-inch wheelbase and a unique suspension design, MacPherson struts up front, and a torsion beam rear suspension, the three-door hatchback should be able to deftly maneuver through city traffic. The overall length of the iQ is only 120.1-inches, the width of 66.1-inches, and short front and rear overhangs create a confident stance that still allows the iQ to fit into virtually any urban parking scenario. 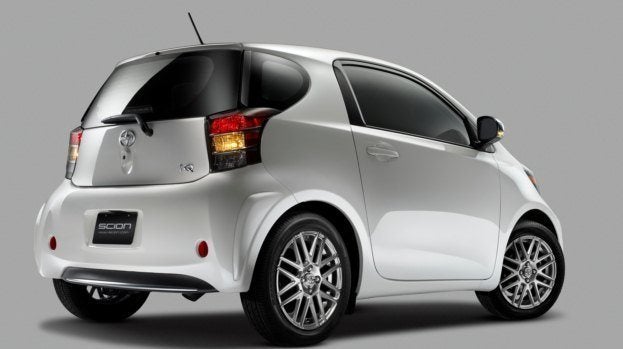 They really worked over the under-skin engineering as well, with such innovations as a compact air-conditioning unit, inverted front-mounted differential, and electronic power-steering system with compact steering column. Also, the iQ is equipped with a flat gas tank housed beneath the floor that reduces rear overhang.

Engine-wise, the 2011 iQ is equipped with a 1.3-liter, four-cylinder engine that produces over 90 horsepower and features the latest dual VVT-i valvetrain gizmo. Yeah, not much, but Scion goes with the Tuner crown the way peanut butter goes with jelly – so you know that “over 90 horsepower” figure won’t last for long.

And speaking of the tuner crowd, the iQ comes standard with a six-speaker audio system and is available with multiple audio head units for various degrees of audiophiles. And all iQs will be outfitted with USB and auxiliary ports, allowing personal devices to be easily integrated into the car. There are steering-wheel-mounted controls to command the audio system to adjust volume and shuffle through music sources such as CD, AM/FM, auxiliary input, or a library from your iPod® or other USB device.