UPDATE: As of November 10, 2010, Supercar Sensation has permanently closed all operations 🙁

You’re probably familiar with supercar tours by now, which include World Class Driving, Road & Track Live, and Gotham Dream Cars. These tours let you and a small group of people take some of the wildest supercars on the road for a drive.

Most of these tours travel across the US, and some travel overseas. The problem with these tours is that they range from $1500 to $6400. While this may be a fair deal for a once-in-a-lifetime experience, it’s out of most people’s price range. What most people don’t know is that there are some smaller but similar supercar tours, and they can be much easier on your wallet.

We recently had a chance to meet up with one of those groups based out of Charlotte, NC called Supercar Sensation. Started just last year, Supercar Sensation gets you into seven different supercars starting at only $200 – a much more affordable option for most. But are you going to get the same experience as the more expensive options? While it may be less expensive, could it be a lesser value than the rest?

When we met up with Supercar Sensation at a country club outside of Charlotte near Lowe’s Motor Speedway, we knew we were in the right place when a beautiful exhaust sound came up alongside of us that sounded suspiciously like a Ferrari. Indeed it was a red Ferrari F430 next to us, as he turned into the driveway and we missed our turn (that car tends to distract most people.) When we turned back around and pulled in, we were greeted by the seven cars we would be driving for the next few hours:

On each tour, every person gets to drive one car from each group. For example, on any given tour, you could drive an F430, a 911 Turbo, and a GTR. There are three tours to choose from:

The four-hour tour is the most comparable choice to the other national offerings such as World Class Driving. We attended the four-hour tour, along with a few other noticeably excited drivers. After lunch and a short briefing about the cars, we all got assigned a car to drive and took off. The format is a typical lead-follow formation, where there is a lead car with the rest of us following behind along a pre-mapped course of good driving roads. Sadly, it was raining that day, so we all had to take it a bit easy.

I drove the 911 Turbo first, through a little bit of the city and into the rural areas. When it came time to switch drivers, we followed the rotation which had some customers driving and some riding passenger. I was riding passenger in the Nissan GT-R, and couldn’t help but tinker with the famous multi-function display, which showed performance data such as acceleration, deceleration and lateral G’s, AWD torque split, steering and throttle input, and other cool metrics normally shown only on video games and high-end test equipment. I got to drive the GT-R next, and what a blast! This $70K Nissan blew the pants off of the $130K Porsche in my opinion. After a few planned stops in places perfect for photo-ops, I finally got some seat time in the Ferrari F430. I can’t even explain what it’s like driving this car. I’ve driven faster cars, and I’ve driven prettier cars, but nothing brings the driving experience together in such a harmonious way as the Ferrari. I won’t ramble on about it, but driving the F430 alone was worth the $300.

During the last portion of the drive, a very unfortunate accident occurred. The driver of the GT-R lost control around a turn, hydroplaned (due to the rain,) and sailed off over a ditch, through an electrical pole, and into the field. The car was totaled. Somehow, the driver came out with only a scratch. We didn’t get any photos; we were too busy running through the muddy field making sure the driver was still in one piece. We finished the drive (although traveling much slower than before,) and headed back to the country club where we all chatted some more than took off. Customers on each tour also receive a personalized calendar with pictures of their drive.

We had a blast at the event, and this was a very summarized version of the day. So overall, how does this supercar tour compare to some of the bigger companies out there, was it worth the $300 price tag, and will you be getting the same experience for less money?

I’ll use our previous World Class Driving Review as an example, since we recently attended that event. The biggest difference in the two is that the cars in WCD were very high-end and exotic, while in Supercar Sensation they were on the low-end of the supercar spectrum*. WCD had cars like the Mercedes SLR McLaren, Lamborghini Gallardo Superleggera, and Ferrari 430 Scuderia, which are all very rare and expensive.

The SS cars were all very good, but weren’t on the same level. The price does reflect that however, as WCD is $1700 and SS is $300. Having said all that, I would recommend attending a Supercar Sensation event first, especially if you’ve never driven a supercar.

*Don’t let the “low end of the supercar spectrum” comment fool you – you still get time behind the wheel of a Ferrari, Lamborghini, Aston Martin, or Nissan GT-R – hardly an everyday occurrence. 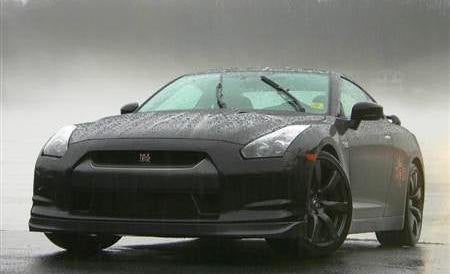 The other major difference between the two is that with SS, you only get to drive 3 of the 7 supercars there, which means that you could miss out on driving a car that you were looking forward to. But keep in mind that if you drove all seven cars, your time in each car would be greatly reduced, which would be frustrating. The team at SS was very accommodating in getting people into the cars they wanted to drive instead of strictly following the rotation, which was very nice. I’m confident nobody left unsatisfied (except the guy who wrecked the GT-R.)

A few things that I especially liked about Supercar Sensation: First, it’s much less expensive than comparable tours. $300 to drive three supercars for 140 miles through windy country roads is a bargain, and would make a perfect gift for anybody. The $200 tour is good for those on a tighter budget. Most people never get the chance to drive a $200K Ferrari or Lamborghini, but I strongly believe everybody should try it at least once, and the low cost of this tour lets anybody do that. The route chosen for the drive was great, and really allowed us to get used to the car’s handling characteristics. The 4 hour tour is longer than most, and gave us more time in each car, as well as allowed more time for stops, giving us photo opportunities, smoke breaks, and chit-chat.

So which of the two do I think is the better value? At $200 or $300, Supercar Sensation is great for anyone, especially if you’ve never driven a supercar. It’s something you and some friends can do on a Saturday afternoon, and do it more than once. If you want to step it up a notch, an event such as WCD provides faster and more expensive supercars at a higher price point. 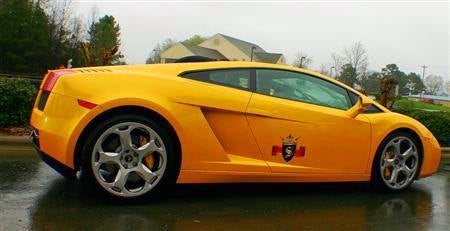 Along with the drives, Supercar Sensation also offers an Autocross course at Lowe’s Motor Speedway. The course costs anywhere from $40 for one lap in the BMW M3, Mercedes C63, Nissan GTR, or Porsche 911 Turbo, to $250 for 8 autocross laps, and three laps on the second course in the Lambo or Ferrari.

Remember, Supercar Sensation is based out of Charlotte, NC and have not yet made plans to expand into other markets. If you’re within a few hours’ drive of Charlotte, can come to visit, or can find a cheap flight, it’s definitely worth checking out. Otherwise there might be similar offerings in your area with a different company. I plan to attend an autocross event with SS in the near future, as well as attend another regular drive soon. I’m looking forward to meeting up with the team again.

For more pictures of the drive, check out the Photo Gallery below. For more information on Supercar Sensation, please visit , and check out the Driving Packages page.