The Four Strangest Collaborations from the World of Motoring Collaborations are a tricky subject – often they are brilliant, but a lot of the time they are rather questionable, and can leave a bit of a sour taste. Most industries have, at some point or another, participated in some form of collaboration; whether it be with another business in the same industry, or with a person or company that is completely unrelated.

Rather unsurprisingly, this interest in collaboration for better or for worse, is as strong as ever within the motoring industry. In fact, it would almost be fair to say that car manufacturers are among some of the most prolific collaborators out of any industry. As mentioned earlier, some of these collaborative efforts are better than others, and some of them are just down right bizarre. In this article, we will be taking a look at some of the more questionable collaborations from the motoring world, and whilst all of them are definitely unique in their own special way, some are guaranteed to make you feel just a little bit uncomfortable. 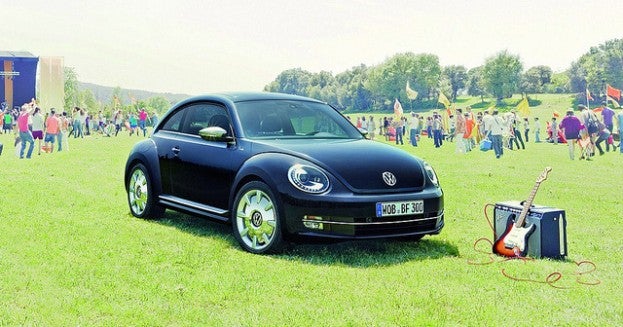 This first effort is a prime example of a collaboration that will leave you feeling a little bit violated. Here, we have Fender – one of the coolest brands of all time – being paired with the new Volkswagen Beetle – a car that would be a front-runner in a competition to decide what the least cool thing to come out of Germany since the Nazi Party would be. Released as a special, limited edition, the Volkswagen Beetle Fender comes equipped with unique features such as a completely unimaginative name, a “vibrant sunburst wood dash panel, just like a classic Fender guitar”, and a 400 Watt Fender stereo system. Whilst we will admit that the 400 Watt Fender stereo does sound rather appealing, we still can’t help but shudder when we hear the words “Volkswagen Beetle” being used in the same sentence with something as cool as a Fender guitar. 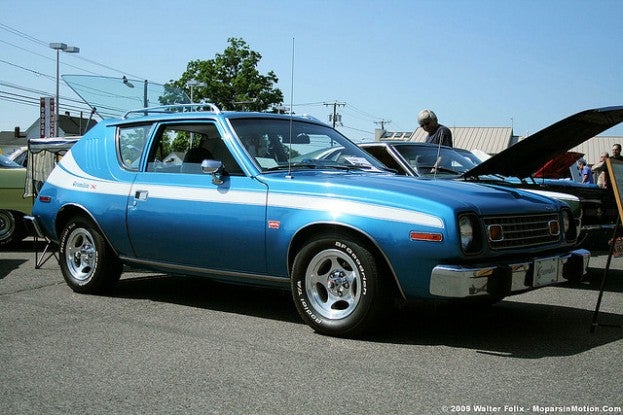 One is left rather speechless upon hearing about this next collaborative effort from the world of motoring, purely because of how bizarre it is. Here we find that AMC, a company that is hardly an arbiter for ‘cool’ and Levi’s, the same company from which your dad purchases his trousers, got together in the early 1970’s to make a special edition of the AMC Levi’s Gremlin. We shouldn’t really have to go into much detail to explain just how uncool this car was. All that really needs to be said is that it had denim upholstery on the seats. Gross. 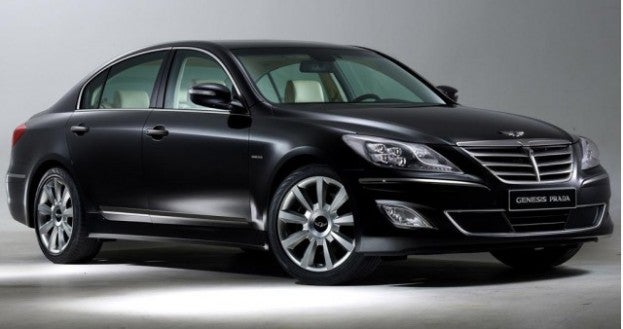 This next example is a bit of a curve ball, purely because not many people would have seen it coming. This is largely due to fact that it is hard to imagine why a mass producer of cheap cars would pair up with one of the most high-end fashion labels in the world. Well, it just so happens to be that Hyundai is actually highly regarded as a manufacturer of luxury vehicles in their home country of South Korea. When you take this into account, it is easier to see why Prada decided to collaborate with Hyundai in producing a luxury “Korea only” version of the Genesis – Hyundai’s flagship saloon that rivals offerings from BMW and Mercedes in terms of price and comfort. With special features such as 19-inch alloy rims, LED headlights, additional chrome trim outside, exclusive leather trim, alcantara headlining, a unique build plate for each vehicle and a red engine cover — as well a selection of three exclusive colours; it is a small wonder, really, that the 1200 Hyundai Genesis Prada’s scheduled to be made are selling out fast!

The final collaboration on this list is a tiny bit different in nature when looked at alongside the examples mentioned earlier, due to the fact that it doesn’t concern any model of Ford in particular. Here, we find a collaboration between Ford and Heinz – yes, the same people that make baked beans — with the prime objective of exploring the potential for by-products from the food industry to be used in the production of vehicle storage bins and wiring brackets. Apparently, the sustainable bio-plastic is sourced from the millions of tonnes of seeds, stems and peels of tomatoes that were left over from the manufacturing process that goes into making tomato ketchup. Kudos to them.