Another year, another Scion Release Series. This time it’s the xB RS 8.0, which will be officially unveiled in a few days at the 2010 LA Auto Show.

As the name suggests, this will be the eighth version of the limited-run RS xB. What does Scion have in store for this one?

First up, and perhaps most obvious is an all new color, something Scion calls “Voodoo Blue.” It doesn’t have quite the depth of the “Speedway Blue” found on the recent Scion tC RS 6.0, but looks really good. Wearing the new color is an all-around body kit styled by Kenstyle, who has done the RS body kits for Scion in the past. In addition to the Kenstyle logo shamelessly placed behind the front wheel well, the body kit gets a front, rear lower valance, and side skirts. An optional rear spoiler is also available for $320.

Inside, you’ll get color-matched everything, including a black fabric with blue highlights seating surface, RS logo floor and cargo mats, and a cool new illuminated numbered badge – that’s a first for me. You’ll also get a power tilt & slide sunroof as standard. 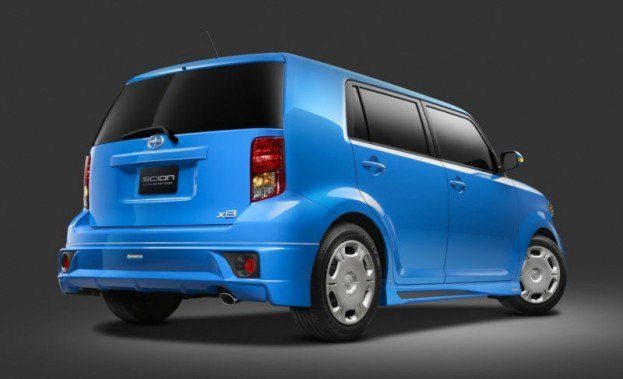 As usual, only 2,000 xB RS 8.0s will be produced, and start at $18,405 for a standard transmission. For more, head over to the xB RS 8.0 official page or check out the interesting YouDo VooDoo interactive Youtube channel. Also make sure to check out the photo gallery below, especially the illuminated numbered badge.