In the United States, historically wagons have just never have fared well. For the most part they have a stigma that is similarly shared with hatchbacks and minivans. In Europe however, wagons are best sellers in the marketplace.

As such, for instance Jaguar is placing a high priority on launching a new XF wagon (“estate”). Saab is also doing the same with the new 9-5 that launched last year. With goals for higher sales in 2011, Saab is counting on new models like the SportCombi to help boost sales in Europe.

Its clear that the modern wagon entries are nothing like their predecessors, and Saab proves that a wagon can indeed by very good looking with the 9-5 SportCombi. If any car can change perceptions about wagons, this should be it.

There isn’t details revealed about the car yet, but Saab has taken the wraps off a few pictures as well as dropping a short video revealing the car in a menacing black color. It’ll be interesting to see if the car is sold in the U.S and how it fares if it does. With vehicles like this, Saab deserves a comeback in 2011. 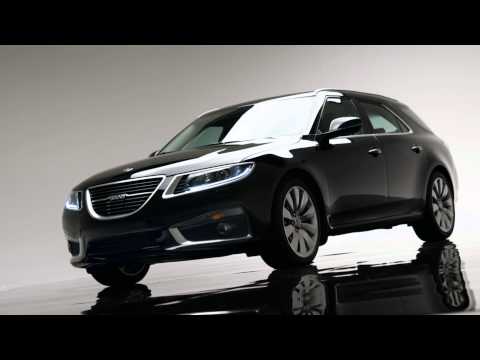