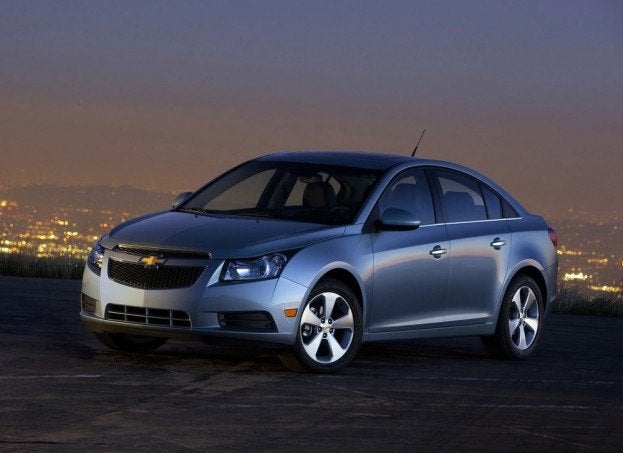 After years of failed attempts at small cars with the Cavalier and Cobalt, General Motors finally has a universally-regarded competitive small car with the Cruze.

Consumers seem to agree whole heartedly, as the Cruze is proving to be a big sales success; last Month it was the top selling compact car in the United States. Many questioned the wisdom of dumping the Cobalt name, but the Cruze has quickly established itself.

One area the Cobalt did do really well was in appeal to the youth market. The Cobalt had a two-door variant and a performance trim level in the form of the SS. The Cobalt SS, which was available in two and four-door versions, got great reviews for its value proposition. Fun, tunable – it had it all going for it. The Cruze right now is aiming for the middle of the market, but we think Chevrolet would be wise to expand its appeal. That could happen, as The Detroit Bureau reports. The newspaper says it has heard GM has greenlighted a two-door model.

We think it makes perfect sense. The Cobalt already has an aggressive look that would lend to a two-door perfectly. Appealing to younger buyers is very important. What else is needed, more than just a two-door though, is a performance model. Rekindle the appeal of the Cobalt SS with a Mazdaspeed3-rivalling model available as both a two and four-door.

Such a car would generate excitement for the Cruze lineup and us enthusiasts. Don’t expect it to be called SS though; Chevy is being very careful about its use of that name instead of throwing it around loosely like it was doing a few years back. It does mean “super sport”, after all.