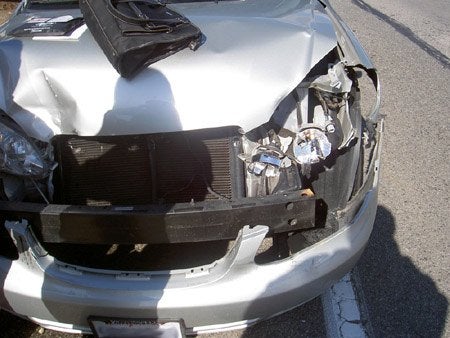 Yet again, the death rates on the roads of America have dropped. This continues a trend of our roads getting safer and safer (statistically speaking) while seemingly (to me) driving behavior gets worse and worse. Maybe the two are unrelated. Maybe it’s not that our roads are getting safer, maybe we’re just getting luckier and luckier.

According to data released by the National Highway Traffic Safety Administration (or NHTSA), the rate of fatalities on U.S. roads dropped to an all-time low in 2008 of 1.28 per 100 million miles driven. This resulted in the lowest number of deaths on American roads since 1961, when 36,285 lives were lost, and represents a significant 9.1 percent decline over all. Think of it this way, if your boss cut your take home pay by nearly 10 percent, you’d notice.

Yes, Americans drove less, in ’08, but the figures adjust for that (note the data is represented as ” per 100 million miles driven”), but even with that adjustment and decline in over all miles traveled, it doesn’t explain the declining fatality rate. That decline can be attributed to safer cars and increasing seatbelt usage can be credited with the improvement.

\”Lower fatalities and higher seat belt use are trends we want to see. States like Michigan are raising the bar on seat belt use, making communities safer and keeping families intact,\” said newly minted Secretary of Transportation LaHood.

Why did Secretary of Transportation LaHood single out Michigan? Because in Michigan, the rate of seatbelt use was a whopping 97.2 percent in 2008. My first thought is, “Good job in the wolverine state.” My next thought is “we should find out who those 2.8% are and study them.”

Curiously, the rates of seatbelt use in the state of Massachusetts were 66.8 percent. The ’08 NHTSA survey shows that states with primary belt laws continue to exhibit higher use rates than those with weaker laws. As an example, in Maine, belt use rose from 79.8 percent to 83 percent a year after the state enacted a primary seat belt law. Or to put it another way, our fellow citizens will respond to threats from the law rather than common sense (which is more than a little depressing).

There’s more good news in the 2008 data, as far as seatbelt use is concerned. A total of fourteen states and two territories achieved use rates of 90 percent or higher. In case you’re interested, these states are Michigan, Hawaii, Washington, Oregon, California, Maryland, Iowa, Puerto Rico, New Jersey, Delaware, Indiana, Texas, Nevada, New Mexico, Illinois and the District of Columbia.

The states with the lowest use rates, which are all below 70 percent, were Massachusetts, Wyoming and New Hampshire.

Wyoming I can understand, to a certain extent. It’s sparsely populated, and every time I’ve been there, most of the vehicle use has been along the lines of “just got to hop in the truck and run down to the south sections of the ranch” sort of travel.

Massachusetts and New Hampshire? I’ve got no real idea why, but those are the ones that really worry me, or at least Massachusetts does. Have you ever seen the way those people drive? I have, half of my relatives are from there, and every time I go back, one of the first things that strikes me is just how bat-shit crazy drivers in Massachusetts are. Mandatory seatbelt laws hell, I’m surprised the lawmakers in the commonwealth are mandating helmets and corner workers.