Rally Subaru Versus Isle of Man

But wait, isn’t the Isle of Man Tourist Trophy a race for bikes? Indeed it is. Some would call it the craziest motorcycle race on the planet, and others would call it simply the craziest race on the planet, period. Run on closed off public roads, the TT curse makes the Nürburgring look like a kid’s go kart track. 37 miles to the lap, the “mountain course” (as it’s known to the locals) has so many lethal dangers it’s almost had to list them all.

There are sections where the road is bordered on one side by rock walls and on the other by unpadded fence posts, taken at speeds way past the ton-and-a-half. Other sections are flat out through quaint little towns with curbs, then sidewalks, then stone buildings for “run-offs”.

Fatalities are far too common, yet the folks on The Isle of Man let the race continue and actively promote it. It is a helluva tourist draw, so what’s a few flying/smashing/caroming bikers?

And, as it turns out, Subaru will be a major sponsor of the Isle of Man TT for 2011, which, even though it is an open road race for bikes, it didn’t stop rally driver Mark Higgins from having a go at the full course in his slightly modified Subaru. Higgins took on the full might of the Mountain Course and had no problem in setting a new four-wheeled lap record around 37-mile mountain loop. He made it in just 19:56.7 with an average speed of 113 miles per hour in a WRX STI sedan.

It was not a drama free run though. Higgins set the record time on what was officially termed a “practice lap”, but on other circuits, there was a bit of excitement.

At one point, he barely manages to keep his STI on the road calling the near miss the “moment of his life.” What is even more interesting is, as you can see in the video here, is that Higgins’s passenger, Chris Cantle, stays cooler than a bug on ice as they both stare down what would have been an horrific 150-mile-per-hour crash. Sure, they had prepped the STI with a roll cage, racing harnesses and a fire extinguisher, but at these speeds on this type of terrain, they would have had better survival chances by racing through a minefield.

Of course, as fun as this all is to do and to watch, it does bring up a whole slew of tantalizing possibilities and questions. For one, would the good folks on The Isle of Man consider hosting a car race? Perhaps a round of the World Rally Championship? Most likely no. The speeds reached would be monumentally fast, meaning that any “incidents” would most likely be fatal. Meaning governing bodies (such as the FIA) probably wouldn’t sanction it. Also, as you can see from the videos, the roads can be frighteningly narrow. So passing would be problematic at best.

The most realistic and enticing possibility flows from what Higgins has just done. Once someone has set a speed record, whether it’s at Bonneville the Nürburgring or now, here at the Isle of Man’s Mountain Course, you know that can motivate other racers and car builders to want to give it a go themselves. Look at what happened at The ‘Ring between Corvette, Porsche, Nissan and Ferrari not all that long ago.

True, setting a lap record at the Nürburgring, a track which is effectively a public testing facility for major auto companies these days, is much more logical and justifiable than unloading your ride from the hauler for the TT course.

But it does give one food for thought, no? 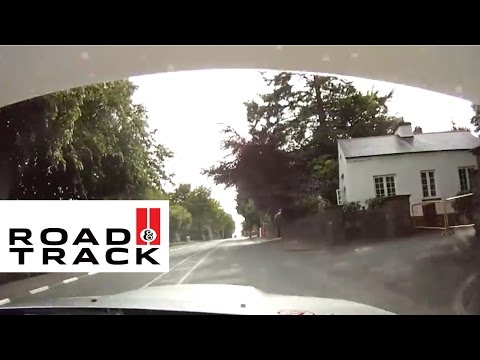 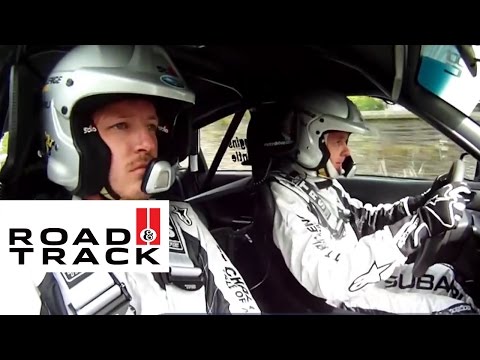