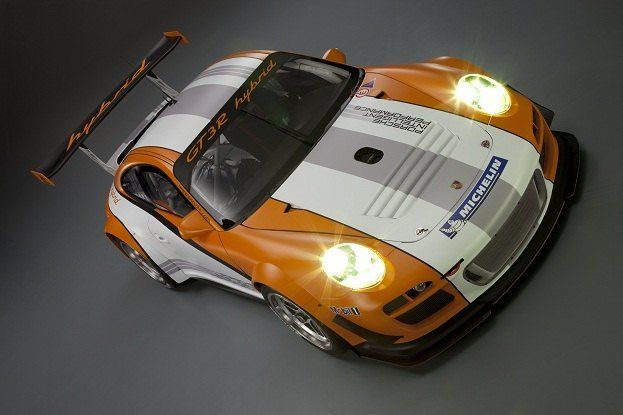 The race track has long been an attractive test bed for street car technology. Forced-induction system, fuel injection, tire construction and even the rear view mirror were innovated through competition. Controlled but public arenas, the race track seems like the perfect proving grounds for hybrid technology. Several automakers have recognized the closed circuit combat as the chance to further gasoline-electric hybrid by educating the public as well as advancing the technology. In the mid 1990s, Chrysler toyed entering a hybrid vehicle called the Patriot into the 24 Hour of Le Mans. While the Chrysler Patriot never made it into competition, sports car magnate Don Panoz did attempt the feat in 1997 but failed to qualify into the Le Mans field. Most recently, Peugeot and Zytec launched hybrid race cars in the prototype class of sports car racing with limited race success.

Becoming one of the first car companies to campaign a production-based GT variant in sports car racing, Porsche debuted the 911 GT3 R Hybrid in 2010 as a ‘racing lab’. Running the 24 Hours of the Nurburgring and the Petit Le Mans at Road Atlanta, the hybrid-powered Porsche 911 GT3 R gained considerable publicity. For 2011, Porsche intensifies its development of electric-assisted powertrains in motorsports. Classified as version 2.0, the 2011 Porsche 911 GT3 R Hybrid racing lab is the reaction to lessons learned in the three race competitions in 2010 Porsche first exhibited their electric-assisted sports car.

Rethinking their hybrid components, the Porsche engineers have evaluated their sports car’s cutting edge drive system. Shaving 20 percent of the weight from the previous hybrid powertrain, the Porsche 911 GT3 R Hybrid 2.0 features more output from its twin electric motors. Generating 60 kilowatts a piece last year, the new Porsche hybrid racing lab features electric motors sparking out 75 kilowatts. The electric power boost translates to the wheels through either automatically through computer-controlled bursts or manually via a driver-activated button. The Porsche 911 GT3 R Hybrid 2.0 will have an available boost of nearly 200 horsepower on tap; a 40 horsepower increase over the 2010 model. Through electric power increase, Porsche’s goal with the revised 911 GT3 R Hybrid is to decrease fuel consumption of the 470 horsepower, flat-6 gasoline engine. Exterior presentation of the Porsche 911 GT3 R Hybrid 2.0 was also addressed in order to improve fuel economy. The most striking design change coming to the 2011 race car is the subtraction of the unique front and rear louvers. Porsche credits improvement made in the hybrid’s high voltage components for the reason the 2011 car for removing the drag-inducing features. Along with improving aerodynamic flow, the Porsche 911 GT3 R Hybrid 2.0 offered an overall weight reduction of 50 kilograms translating to a total 1,300 kilograms (2,866 pounds).

Improving mechanics on the 911 GT3 R Hybrid to benefit performance, Porsche also realizes other aspects can deeply affect overall racing ability. Considering Porsche’s more than 60 years of existence, the German sports carmaker’s has a firm understanding of driver comfort behind the wheel. Many of the driver’s controls and displays have been moved up to the steering wheel for easy access. On the center console, the remaining buttons are backlit for better viewing at night. 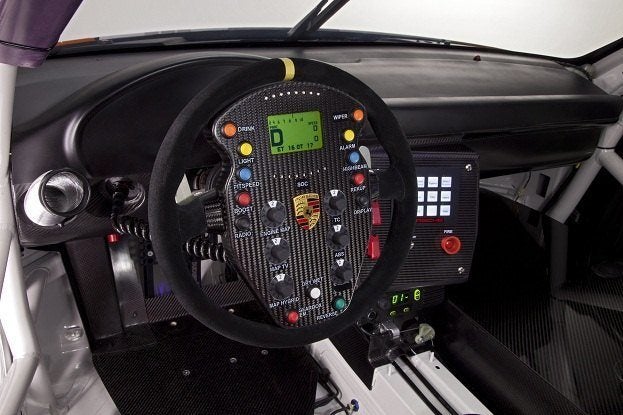 Planned to make another run at the 24 Hours of Nurgburgring, the Porsche 911 GT3 R Hybrid 2.0 comes more prepared for competition. Lighter and more fuel-efficient than the previous model, the 2011 Porsche racing lab could provoke another experiment in celebrating a landmark racing season.