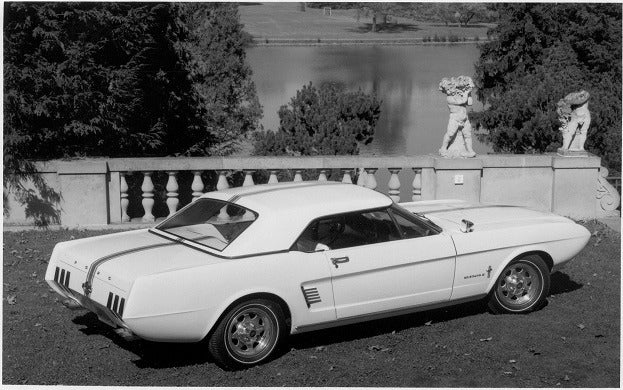 2013 has been a year where the Chevrolet Corvette and the Porsche 911 celebrated milestone anniversaries. With the 50th year of Ford Mustang production slated for next year, expect 2014 to be the year for celebration for Blue Oval fans. Before the Ford Mustang became the show-stopping darling that was introduced at the 1964 World’s Fair in New York, a process of hit and miss decisions would define the pony car.

The thought process in developing the Mustang consisted of Ford Motor Company analyzing a number of different realities. Would the Mustang have the same effect on the psyche of performance seekers if the car was named the Thunderbird II? The Thunderbird II name was reportedly pitched by Henry Ford II. Avanti, Allegro and interesting enough Cougar were also pitched as potential names for the new Ford product. There was also a movement in Ford to name their youth-oriented performance coupe the Torino. Torino was not chosen for this particular vehicle but would enjoy some 1960s performance fame with a larger-bodied Ford. The name Mustang was chosen lifted from a 1962 Ford concept sports car. 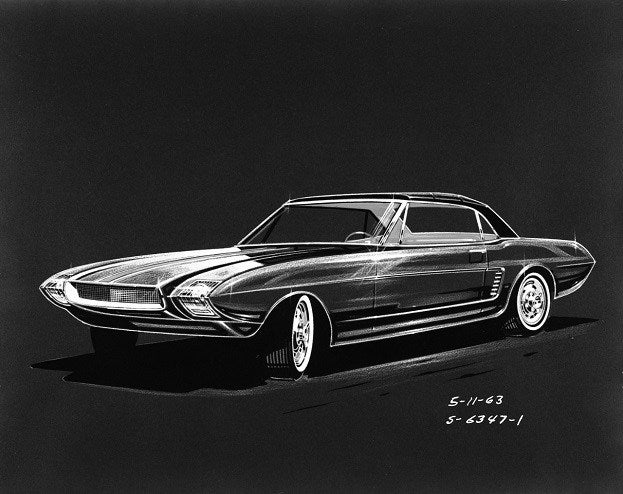 Beyond a name to identify their new vehicle, Ford’s biggest step was conceptualizing what consumers are seeking from the production Mustang. As mentioned, the 1962 Ford Mustang I show car was a fully functioning use of the pony car moniker. A mid-engined, two-seat roadster, the actual Mustang I vehicle shared practically no characteristics with the production car. Within the Ford design studios, the creation of a front-engined, four-passenger vehicle based on the Ford Falcon chassis consisted of several styling iterations. Some prospective looks for the Ford Mustang leaned deeper towards European-like styling. The car that would ultimately provide the inspiration for the first production pony car was revealed to the public at the 1963 United States Grand Prix weekend at Watkins Glen.

On October 6th 1963, the Ford Mustang II concept car provided the most meaningful preview for what was going to be an automotive legend. This Mustang II should not be mistaken with the Pinto-based second generation Mustang manufactured through the 1970s (Some hard-core Mustang fans would actually prefer if the production Mustang II experiment was disregarded as a whole). A convertible with a detachable hardtop, the 186.6-inch long, the Mustang II concept car’s proportions and shaping of the steel body mirrored what was seen in the production car seven months later at the New York World’s Fair. The triple-bar taillights, faux side louvers and the 108-inch wheelbase all transferred to the first-generation Ford Mustang. Interior details of the Mustang II concept car were also faithful to what customers would expect with the showroom example. V-8 power from a 271 horsepower powerplant made the Mustang II the first and only operable steel-bodied design study ahead of the finished 1964 vehicle. 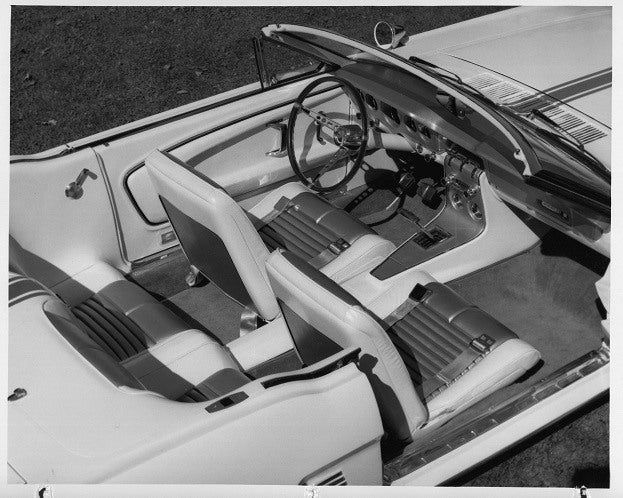 A few Mustang II features were not destined for the production vehicle. The most evident was the radical headlamp design featuring body-conforming coverings. It would not be until the 1980s until the United States Department of Transportation allowed vehicles like the Ford Mustang to allow this aerodynamic light treatment. The Ford Thunderbird inspired detachable top would also not be included as a factory feature on the convertible version of the Ford Mustang.

After it’s Autumn debut, the Mustang II was shown several more times through the winter of 1964. The actual car still exists as part of the Detroit Historical Museum.