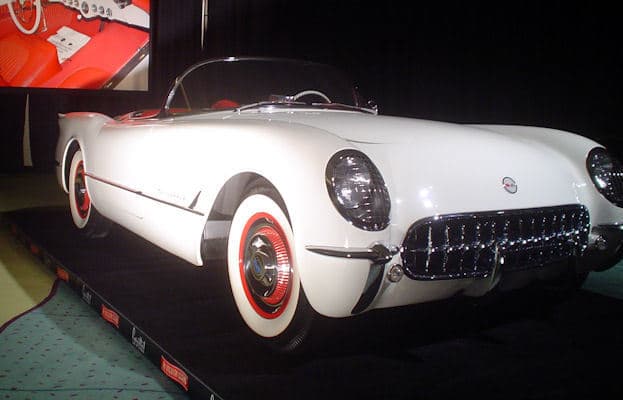 The life of a sports car model is rarely an easy one. You are popular right off the bat, you have so many others vying to beat you at your favourite game and a long life is seldom. As a sports car, everyone expects you to be a figure for everything that is great about the automobile. On June 30th, we must say happy birthday to the hallmark on wheels recognizing 60 years of the Chevrolet Corvette.

From a small factory floor in Flint, Michigan, the first production Chevrolet Corvette was built on June 30, 1953 forever changing the sports car world. After one year of development from a sports car chassis created under “Project Opel”, the Chevrolet Corvette was rushed to production. Immediately established as a niche vehicle, the fiberglass-bodied sports car named after a kind of naval ship sailed off Michigan manufacturing building. The Corvette was Chevrolet’s first sports car since in almost 40 years. The 1914 Royal Mail was the last Chevrolet to aspire to the peak of performance greatness. 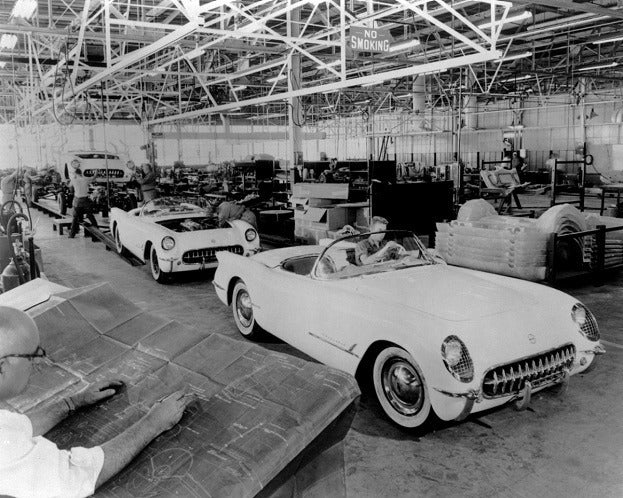 The 1953 Chevrolet Corvette adopted a remarkable high amount of existing vehicle components from other vehicles. Recycling parts to save money, it was definitely not the spirit for which a sports car should be born. Among the common components was the powerplant for the 1953 Chevrolet Corvette. The Blue Flame straight-six engine block was in production for over a decade before the Corvette and was found throughout the Chevrolet vehicle line. From the meager 150-horsepower engine, V-8 power allowed the Chevrolet Corvette to overcome its weak entry from the starting gate. The intervention of a young Zora Arkus-Duntov (hired two months before the Corvette would be produced) provided the necessary final ingredient insuring the humble start would result in a sports car we are celebrating today.

The 300-vehicle limited production was an engineered plan by Chevrolet and General Motors to draw attention to the sports car as exclusive. However, despite the low numbers, building the 1953 Chevrolet Corvette proved exceptionally challenging. Much of the difficulties revolved around the Corvette’s iconic fiberglass body. A new engineering model at the time, fiberglass proved tricky in correctly aligning to the fit and finish of steel. This issue contributed with water leaking into the car during heavy rain. During the painting process, air bubbles were a constant issue requiring additional time to repair and repaint. The effort of receiving a consistent supply of parts for the sports car was also an early problem. Due to large amount of hand-built construction, production was initially restricted to one car a day. By August, the number of Corvettes completed at the Flint, Michigan plant reached three cars a day. 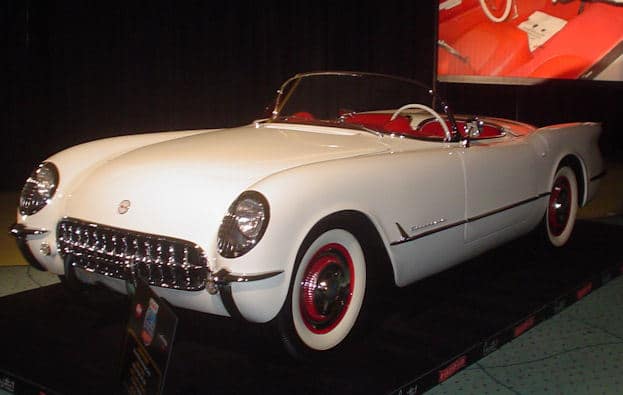 Underpowered and falling short of performance expectation of many, the 1953 Chevrolet Corvette debut was turbulent. The new sports car did not fair much better in 1954 when manufacturing moved to St Louis and resulted in only 3,640 Corvettes built (one-third of the amount speculated by General Motors). Slowly the situation for the Chevrolet Corvette improved over time when the right principals and technology became available on the car.

In 2013, the 60th anniversary of the America’s longest-running sports car is preparing for a bold future. Since September, General Motors’ Bowling Green Assembly Plant has been setting up for the seventh-generation Chevrolet Corvette Stingray set for full-scale availably shortly.