Circuses are old news. Everyone’s seen the elephant stand on the platform, and the ring juggling, and I swear if I see one more unicycle riding on a tightrope I’m going to lose it.

But have you ever seen a guy do a flip in a Barbie car while riding down a massive ramp? How about a triple backflip and tail whip on a BMX bike, or a backflip on a dirt bike with three people on board?

These are the kinds of tricks you’ll see at Nitro Circus Live – a self-proclaimed “action sport collective” led by Travis Pastrana, the world-famous X Games star and stunt rider extraordinaire. He’s also a rally driver, currently driving for Subaru in the Global RallyCross Championship. Some people are just far too talented.

Nitro Circus, in addition to holding a live tour, has a TV show in its second season, and even a feature film.

So what’s it like attending one of the Nitro Circus Live shows? They sent me to one to find out exactly . . .

Disclosure: This article is sponsored by Nitro Circus & DieHard Battery. All views and opinions expressed here are my own. Check out our advertising guidelines to see why we’d never steer you wrong. 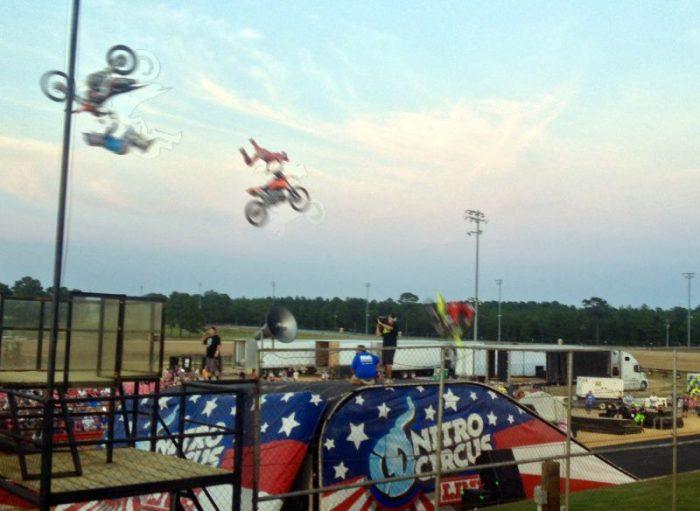 When I was in high school, I hung out with the “skater crowd” (you know who I’m talking about), and ended up getting pretty big into skating and the X Games. I played Tony Hawk’s Pro Skater for the Sony Playstation pretty religiously, and eventually wanted to become a pro BMX rider. Turns out I’m not that coordinated. When I got into cars, I fell in love with autocross, which while maybe isn’t considered an extreme sport, evokes a lot of dedicated passion from a lot of people. DieHard Battery, who sponsors Nitro Circus, is holding a contest called From the Start that encourages you to share your story about what you’re passionate about, whether it’s cars, food, music, or philanthropy. Enter the contest to win an “Ultimate Fan Experience” worth up to $4,000.

You may have already seen the images from last Monday on our social media channels, broadcasting live from Nitro Circus. I’ll be the first to admit my camera phone’s quality leaves much to be desired, but I’m sure you enjoyed them nonetheless. Check out this awesome motorbike stunt train, for example:

And that three-person backflip I was talking about earlier? Right here: 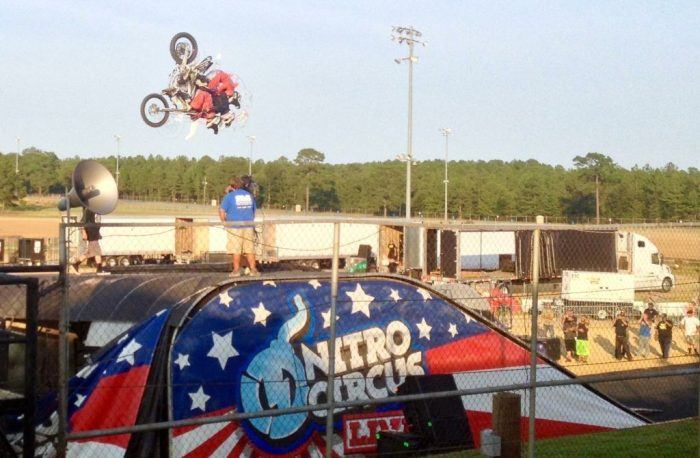 Now that takes some serious skill . . and cajones. And the most impressive part is the other two people on the bike were volunteer audience members! So they say, at least. It’s been speculated the volunteers are fake audience members or stuntmen, which would make sense considering the level of danger involved. Would you volunteer for that willingly?

Now I’ll admit, not all was great about the whole show experience. The actual venue – Fayetteville Motor Speedway in Fayetteville, NC – was FAR under-organized for an event like this. Getting there about an hour early, the line to get in wrapped around to the end of the parking lot, and took ages to get through. The staff checking people in didn’t seem to know what they were doing at all, and it felt like the whole thing was chaotic. The show ended up starting a little over an hour late, likely due to the fact that most people weren’t in the venue yet.

Once in, there were literally lines to wait in the lines to get any food or drinks. I didn’t bother. In the stands it was shoulder-to-shoulder to get around.

VIP seating, which many seemed to have, including myself, were the better seats, but consisted of shoulder-to-shoulder seating on cement stairs. Not exactly what someone thinks when the acronym “VIP” is used, but I think most of the people there had already been to that venue and knew what to expect. The location of the cement steps, however, did allow for a pretty good view of the action: 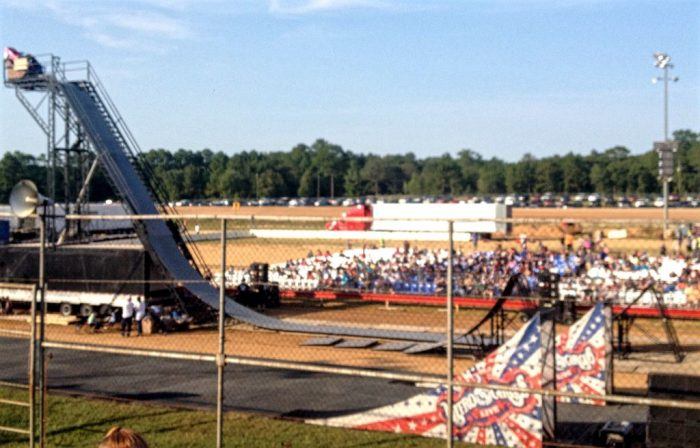 The quality of the venue isn’t the show’s fault, however, and perhaps they simply oversold the show, which is likely.

The guys in the Nitro Circus Live show have some amazing skills and an ability to entertain. Here’s another short video showing one Motocross rider after another demonstrating their best examples of a tail whip:

#motocross whip contest at @NitroCircus in Fayetteville – who wins? pic.twitter.com/yXoNiapqVK

If Nitro Circus comes somewhere around your hometown, I do suggest taking your friends or family, as it’s an exciting show to say the least. The Fayetteville show I attended was the final one in the United States this year, but they do have some more coming up in Canada through October: After that they’re headed to Australia and New Zealand through next year, and I assume they’ll be heading back and doing more tour dates in the U.S. Stay tuned to their Tour Page for more info about dates, and check out their official home page for news and information.

Finally, don’t forget to head over to DieHard Battery and enter their From the Start Contest to share your story about how you became an enthusiast, whether it’s about cars, BMX, basket weaving, or otherwise!