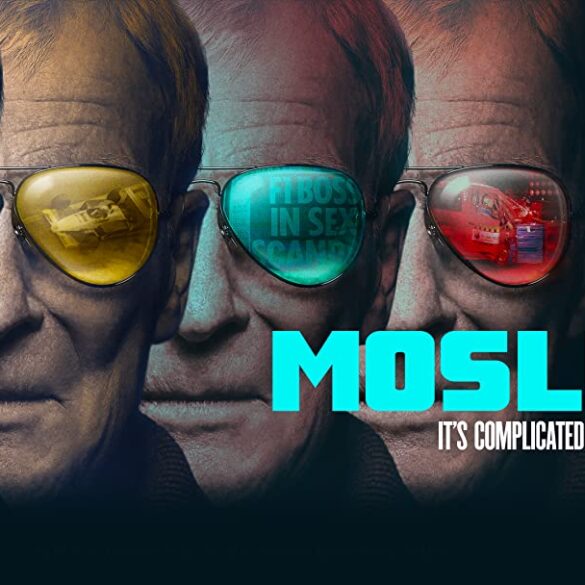 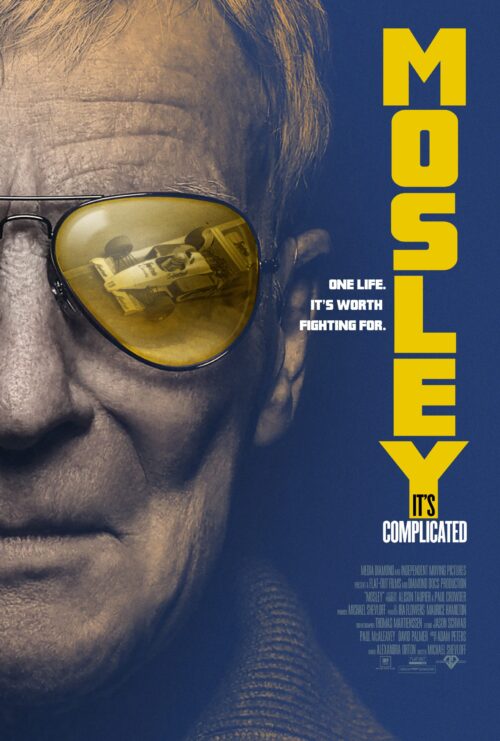 A documentary about Max Mosley, unironically called Mosley: It’s Complicated, is now available on Amazon Prime. It’s a fairly thorough look into the guy that started a race team and ended up literally running the whole show. That is until one of the most lurid scandals in British tabloid history brought him down.

Mosley: It’s Complicated, much to its credit, deals with the giant elephant in the room: Max’s dad Oswald Ernald Mosley. The elder Mosley was the leader of the British Union of Fascists and married Diana Mitford, his mistress, in Joseph Goebbels’s house in 1936. Goebbels was the Reichsminister of Public Enlightenment and Propaganda under Adolf Hitler and one of the Führer’s most trusted associates in Nazi Germany. Hitler was a wedding guest.

The documentary (and Max himself) does its best to distance itself from Oswald Mosley. Far be it for me to convict a person for the sins of their father (and Oswald’s sins were many), but let’s just say that Mosley: It’s Complicated papers over those wide cracks as best it can before getting to the real subject at hand: Max the team leader and racing bureaucrat.

Mosley: It’s Complicated focuses instead on Max’s life and times as FIA president. The FIA is the world governing body of Motorsports. If the FIA says XYZ should happen – from the smallest detail about what should be on hand at marshal stations to the strength of the steel used in roll-over hoops – it happens. The FIA has input from the highest pinnacle of the sport down to your local club racing scene. Think of them as the worldwide version of the SCCA. Max Mosley was in charge of the FIA from 1993 to 2005, a lengthy and noteworthy tenure by any measure.

Like many of us, Max ended up at a track one day and was hooked. The fact it was a mid-century GP race at Silverstone doesn’t hurt, but we all know how this goes: Max tries his hand at racing. He’s not very good, but he is, interestingly, focused on safety much more than his fellow drivers. He moves on from doing the driving to starting his own F1 team, March Engineering. It is as a team manager (what now would be called a team director) that Mosley first started to work closely with Bernie Ecclestone.

This is where Mosley: It’s Complicated really starts to take off. Say what you want about Bernie and Max, but those two, more than anyone else, made modern motor racing what it is today. What counts as a team, what happens during a race weekend, when is practice, how long is practice, how is a qualifying run done, and, most importantly, how is the money divvied up – this was Mosley and Ecclestone rebuilding the entire sport to make it run like clockwork. Not some of the time, not most of the time. All of the time.

Mosley was able to hang onto the FIA presidency for a while longer but eventually turned over the reigns to Jean Todt in 2009. From there, he went on to work on the establishment of NCAP safety standards and getting them implemented. Mosley died of a self-inflicted gunshot wound on May 23rd, 2021. He was 81.

The cast is seemingly everyone involved in racing from the mid-60s until now. In addition to Max, the producers get interviews (or reuse older interviews) with Todt, Ecclestone, Flavio Briatore, Gerhard Berger, Robin Herd, Alan Donnelly, Adam Parr, and David Ward. The entire film is a veritable who’s who of movers and shakers in international racing. The downfall is all of these guys talk like modern politicians and mumble like there is no tomorrow. You may even have to turn on the captions to make out what they are saying. It seemed as if, long ago, Max and Bernie said to each other, “Talk fast and quiet, and that way, you can claim they didn’t get the quote right.”

The truth is subjective in Mosley: It’s Complicated, and it becomes evident as the film progresses we are not getting the whole of it. All of them are calculating in how they speak, with Max and Bernie being the most egregious. Very little of what they say comes off as genuine, spur-of-the-moment responses. It’s as if, after decades of telling people what they wanted to hear so they could get on with the task at hand (racing and making lots of money), they have completely lost the ability to be open and honest. So in this way, the film’s title is fitting.

Should You Watch Mosley: It’s Complicated?

Mosley: It’s Complicated is one of the best views on how modern, international racing came into being. The old footage is enjoyable, and the old, old footage makes you blink (“They thought that was safe?!”). The interviews, difficult though they might be, stitch it all together. As a racing fan or even a gearhead, this is our kind of movie.

Mosley: It’s Complicated is available for streaming on Amazon Prime, or you can grab a copy of the film on DVD and Blu-ray.