I had heard that Morgan was bringing back their venerable, quirky Threewheeler some time ago. Brought a smile to my face, it did. And when I read that they were going to be using an American built S & S V-twin in place of the JAP V-twin (that’s JAP for JA Prestwich Industries, by the by), I thought, well, they should even be more reliable. 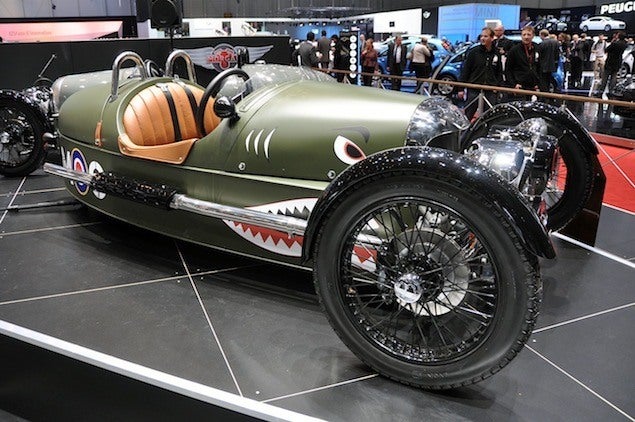 But I was still worried about the handling. These things are sketchy to say the least. I remember seeing a whole gaggle of these things in a race years ago, and to say their handling was “iffy” would be a huge understatement. Frightening was more like it. They seemed skittery and leaned at odd angles at odd times. And if you were to get too far out of shape and ball it up … well, let’s just say they didn’t seem like the most structurally robust designs on the track that day. They seemed, and still do seem, to be like a Sopwith Camel with the wings removed.

Or perhaps I should now say they WERE sketchy in the handling department. 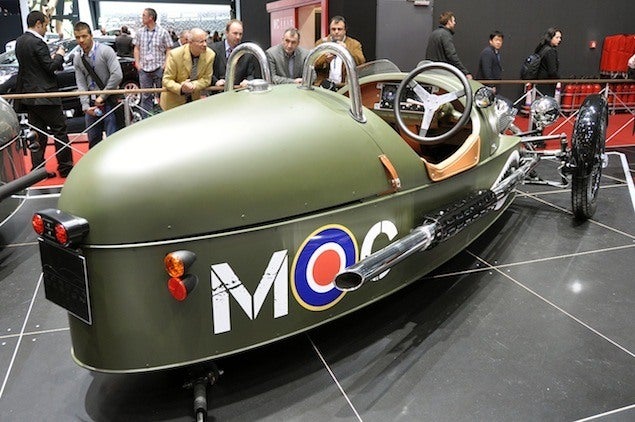 That’s when I saw the video that I’ve included here. Not only is it fun in general to watch someone hoon around and do doughnuts, but boy the new Moggy Threewheeler looks as flat and stable as an enduro kart. The guy at the wheel displayed great control, and could twist the pint-sized trike around at will. 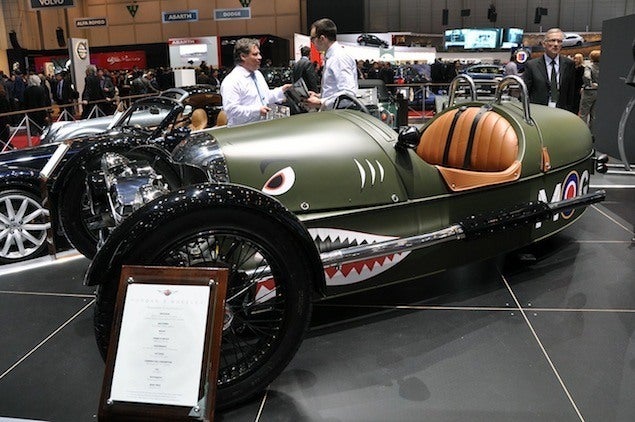 And the S & S plant sounds very, very nice as well. Which got me to thinking that the reborn Morgan Threewheeler could make an interesting alternative to a Lotus Seven. Sure, they will be asking $40K for it when it rolls out (at current exchange rates), which is about what a fresh Lotus (nee Caterham) would set you back, and, sure, you’re getting 25% less wheels, but it does look like fun. 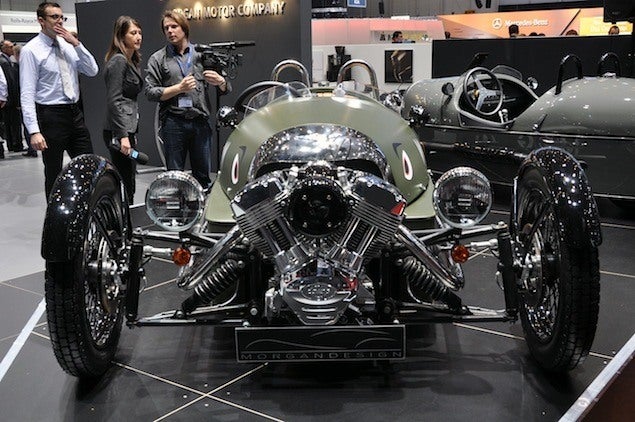 What would be less fun would be getting in an accident with this thing. I was going to say something about getting hit by a semi, but that’s just stating the obvious. Getting hit by a bottom of the barrel Kia would most likely wad the thing up kill you. Hell, getting hit by a shopping cart strikes me as an iffy proposition, now that I think about it.

Still … Wouldn’t it be a total hoot to get a couple of these things and go tear-assing up some mountain road, or down the coast with a friend on some early summer Sunday morning? And of course in that situation, safety would not be in the forefront of my mind. Commuting, on the other hand … not the way the idiots on the roads around here drive. Hell, I could be driving a Stalin III tank and I’d still be nervous sharing the roads with these numbskulls. One thing I can’t find in the company literature is whether the Threewheeler will be licensed as a car or as a motorcycle. Normally, anything with three wheels here in the good old U.S. of A. counts as a bike. Which should make for some interesting discussions with the cops that will, undoubtedly, pull you over. So yeah, qualms about size and “safety” and all that aside, sign me up. 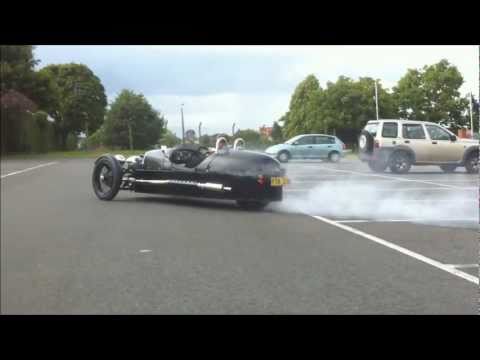