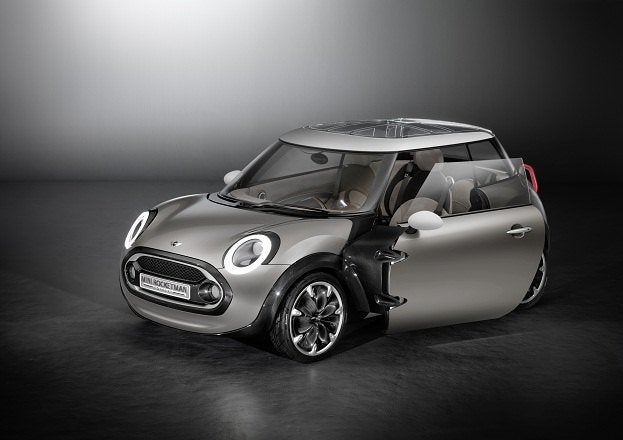 After a decade where large sport utility and crossover vehicles dominated sales charts, the modern era of automobiles is breeding a new generation of thinking. Rising the popularity, compact utility vehicles consists of applying lessons gained from considerably larger vehicles to more condensed spaces. Making a culturally significant brand out of a small vehicle, MINI is convincing in their approach for bringing big utility to a small car. Only a few months since unveiling the Paceman Concept, the MINI brand’s inspirational juices continue to flow through the compact car specialist group as the MINI Rocketman debuts for the 2011 Geneva Motor Show.

Showing itself as a trendy concept exhibiting some new approaches in practical and aesthetic design, the MINI Rocketman telegraphs many innovative features. Residing within a very tight 3.3 meter total length, the MINI Rocketman Concept car proposes even more restrictive confides for the small car’s brand creativity than the current MINI Cooper. On the front, the concept car’s grille work resides within a pronounced oval surrounding. Allowing convertible exposure without giving up all-weather production of a hardtop, the MINI Rocketman is fitted with a glass roof. Assembled within the structure of the transparent roof is a complex brace pattern resembling the British Union Jack flag. A patriotic symbol often painted on the roof of the original Mini car, the new MINI brand (even under ownership of a German auto company) maintains close connections to its past. Offering a modern twist, ambient lighting shines around the lower interior sending out a near celestial look around the Rocketman. 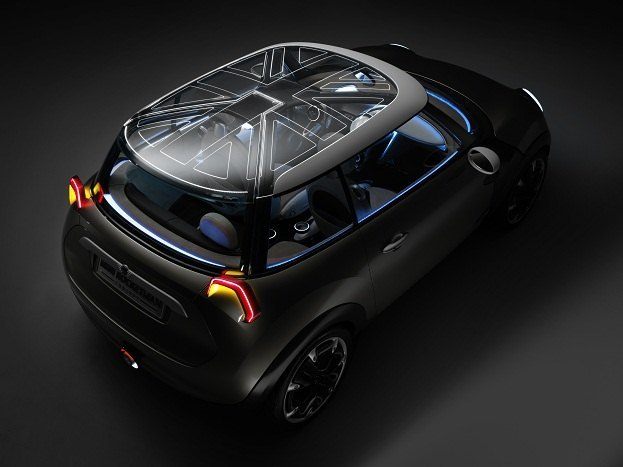 Presenting interesting exterior dynamics, the MINI Rocketman explores some inventive artisanship in door mechanics. Passenger entry doors are double-hinged to open straight rather than the tradition swinging fashion. Perhaps the most eye-catching element to the MINI Rocketman’s exterior is the opening of the doors. Enabling access for the driver and passengers, the MINI Rocketman doors are less intrusive to surrounding vehicles or pedestrians. On the rear tailgate, a bottom section of the Rocketman Concept pulls out like a drawer for unique loading.

Sculpting an interior featuring plenty of shine and high-quality material use, MINI has left the Rocketman concept a model of simplicity. Similar to the production-based MINI in some faucets of dash layout (in particularly the center-mounted speedometer), the beauty of this design is undefeated by control pads and LED displays. The before-mentioned speedometer of the MINI Rocketman does integrate 3D graphics presentation for conveying much relevant information to the driver. Through a removable element, MINI allows users of the Rocketman concept to import mobile communications and navigation data into the vehicle after configuration on a computer. 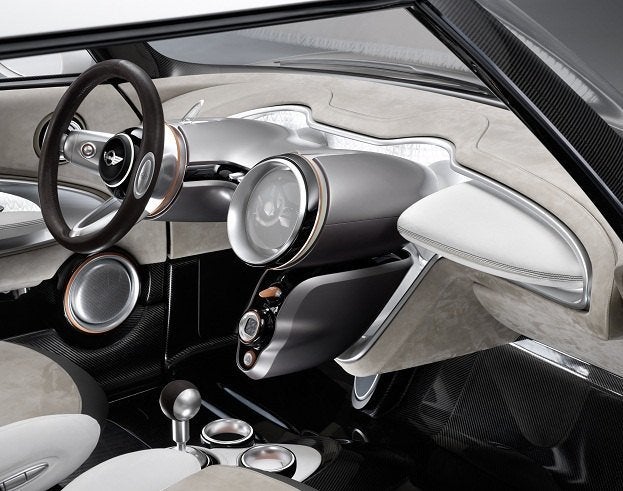 Similar to the capacity of the lunar space capsules launched by NASA, the Rocketman concept car is set-up ideally for three passengers. Classified as a 3+1 seat vehicle, the MINI Rocketman can upgrade to a fourth seat at the discretion of users. Intended to offer flexibility, the absence of the fourth passenger allows much greater interior luggage space. The MINI Rocketman also allows longer objects such as skies to ride within the rear cargo drawer.

Being a design concept, technical specifications relating to the powertrain has not been released in relationship to the MINI Rocketman. Most likely to become the forward look at what features could be presented in the MINI Cooper, Clubman and Countryman, the Rocketman concept proposes more big feats for this compact car builder.