While the small car market in North America has reached record-high creditability, the high-quality European vehicles like the MINI Cooper arguably played a role on the slow road to B-segment acceptance. Using a famed and noble heritage which personified Britain for over 40 years prior, BMW engineering played a part in assuring the MINI Cooper was built to tight quality standards canceling out the American belief that small cars could not be reliable cars.

Besides the build, the MINI Cooper’s appearance, performance and prominent featuring in a Hollywood blockbuster (The Italian Job remake) carried the MINI forward with great momentum entering into the 10th year.

With the best perhaps yet to come, a peek to the 2011 MINI lineup for Europe shows some items which will almost certainly find themselves on the Cooper hatchbacks, Convertibles and Clubman destined for the American roads.

The exterior design retains its present glory. Though for 2011, the front end of all MINI cars have been modified to comply with pedestrian protection requirements (In European countries, part of vehicle safety regulations rate the survivability of a pedestrian if struck by the automobile). While the front end structure has been altered with lighting sources changed within the headlamp housing and the option of black reflectors, the ultimate MINI design remains fundamentally unchanged.

Another 2011 fleet-wide addition is the utilization of LED rear lighting. Longer lasting and shining brighter than traditional lighting bulbs, LED taillights respond quicker providing other motorists with a possibly pivotal friction of a second to react. Joining the already robust safety equipment which features 6 air bags and all-weather traction control.

Some new exterior colour choice include British Racing Green and Spice Orange are now available on the standard Mini Cooper while the Cooper S adds Eclipse Gray and Ice Blue. The top of the line John Cooper Works models of the Cooper and Clubman can also be ordered with a new colour called Chili Red to provide accent against other colours. 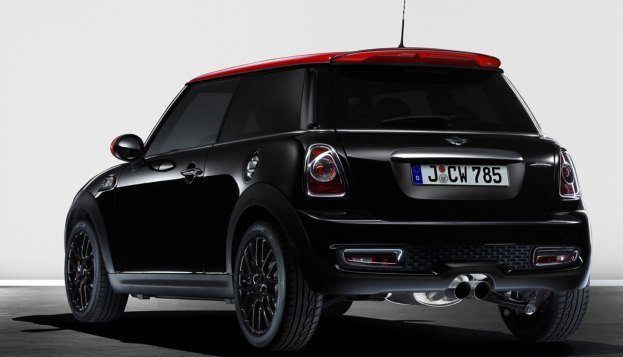 The leading technical enhancement coming to the MINI lineup will not likely make it to the North American continent. The diesel friendlier European markets validated MINI’s approach to embrace an all-new pair of turbocharged-diesel engines for 2011. Permitting cleaner CO2 exhaust emissions, the diesel also allows lean fuel consumption which equates to 3.9 liters per 100 kilometers (Keep in mind that European fuel economy measurements do not seem to correspond with EPA standards). MINI’s plans for 2011 includes the introduction of two new diesel variants. The MINI One D Clubman is joined by the first drop-top version of the known as the MINI Cooper D Convertible.

A more common sight to American MINI owners is the gasoline-powered engines. In European markets, the entry-level MINI One is powered by 75 and 98 horsepower 1.4 liter engines while U.S. customers are more familiar with 1.6 liter in the standard Cooper/Clubman.

Inside, the MINI lineup adds some amusing touches including a cross check cloth/leather combination for interior upholstery. However, the pride and joy of the 2011 MINIs reside in a new electronic system called MINI. An automotive, Bluetooth-enabled, Infotainment system similar to Ford’s SYNC, MINI Connected can allow phone, music as well as Twitter and Facebook functions to interface with the car’s interior controls. MINI Connected also features web radio as well as Google navigational services including Send to Car. 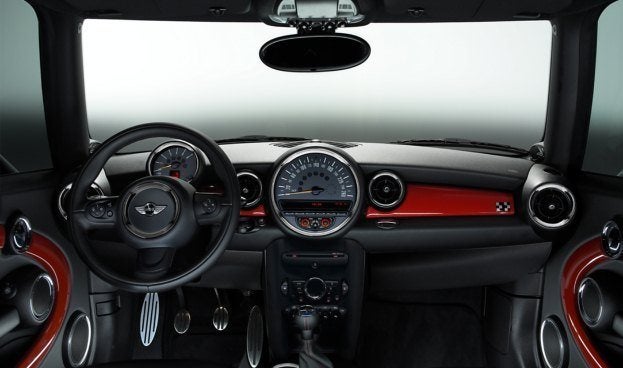 On top of the revisions to the standing lineup into 2011, MINI is preparing to add their crossover Countryman as a radical four-door diversion from their current market. Shown at the 2009 Frankfurt Auto Show, a MINI Coupe Concept and a two-seat MINI Roadster provided another captivating look at a future possibility for the brand.

While no firm plans for these vehicles have yet to be officially tabled for sale, the prospect for a more diverse collection of MINI brand vehicles insures the past 50 years of history will be accented with a strong, healthy future.