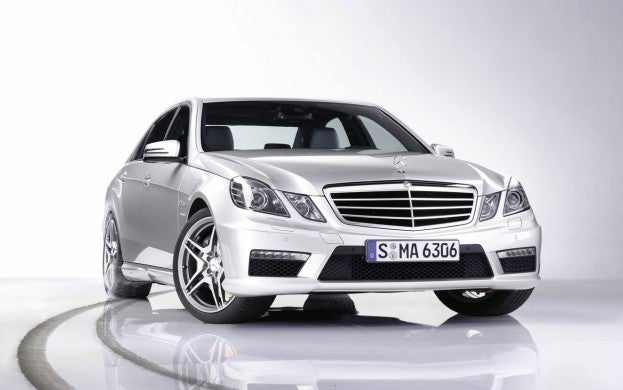 Weighing in at 3825 pounds in current base guise, the 2012 Mercedes-Benz E-Class has never been considered a “super light.” More like heavy German engineering. The E-Class is a cash cow for Mercedes, being the second best-seller for the company here in the United States, behind the entry-level C-Class. CAR Magazine says Mercedes is looking to break new territory with the E-Class range, developing a new E-Class Superlight that will serve as a halo for the sedan range.

CAR says the size of the E Superlight is similar to the CLS, with a price tag in S-Class territory thanks to all the carbon fiber onboard. Instead of using a combination of carbon fiber, high-strength steel and aluminum the E Superlight will go all-in with carbon fiber. The idea is to be a demonstration of Mercedes technological capabilities, offering a luxury sedan that weighs just 2860 pounds. If they achieve that goal, it will be a huge development. The strength of carbon fiber as a material gives new freedom to designers. The E Superlight is said to feature rear suicide doors that are unimpeded by a B-pillar. It would be a striking design feature, while also having positive implications for ingress and egress. As far as styling, the E-Class Superlight will be a four-door notchback, with styling elements taken from previous concepts like the F800 and F125.

Where it seems a bit unlikely is the fact that CAR reports the car would be powered by a hydrogen fuel-cell. The power train would be integrated with the car’s monocoque, featuring an 150 horsepower fuel-cell and 50 hp electric motor. What seems much more likely is a conventional gas engine or range-extended electric combination launching first. Who knows though, maybe Mercedes really does want to make an “out there” statement of technological superiority. We’re particularly looking forward to the design statement this car will make. The E Superlight won’t start production until 2015. The next step is getting an official confirmation from Mercedes.