Karma can be a fickled heifer, as this smack-talkin’ Datsun owner just discovered. In his mind, the Nissan 350Z is the ultimate giant slayer. And a twin-turbo sedan from those idiots at AMG wouldn’t stand a chance against his Pep Boy Special! Riiiight…

According to a member of MBWorld Forums, some guy with a “full bolt-on 350Z” claimed that he’d just “walked a New Mercedes C63 AMG” (451-hp, 0-60 = 4.4 seconds), so he could easily take S2K750’s 2006 Mercedes E55 AMG. To make it a fair race, this altruistic Benz owner even hooked up a trailer loaded with his John Deere riding mower. Because nothing runs like a deere.

For the race, Mr. Fairlady shows up “wearing gloves, sandals and socks”. If you’re going to race somebody in a Mercedes, you might as well dress up, right? Classy. He then launches on the 2nd honk (you’re supposed to wait for 3, Einstein) then misses 3rd gear entirely (it was probably the sandals).

On their second race, which is when the video was shot, the Datsun driver has his dignity surgically removed, as the twin-turbo Benz…pulling a trailer and lawn mower…simply gets up and walks away.

Paul Walker is probably spinning in his grave.

Our un-phased hero’s Mercedes E55 AMG only sported an aftermarket intake system and exhaust. Mr. Fairlady’s car on the other hand, appears to have been fitted with everything in the Pep Boys performance catalog. So here’s a tip, if you’re going to spend a bunch of money making something go-fast, start with a fast car. 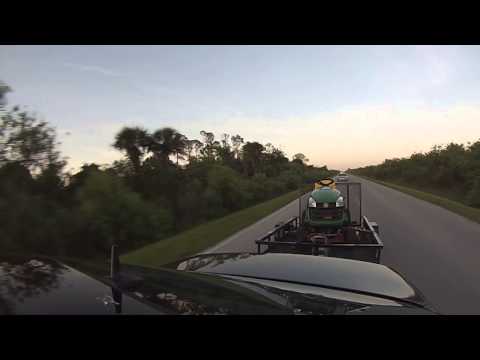