Memory Lane: “Stinks Like Cheese In Here” & Other Stories As A Private Chauffeur

Allow me to carry your suitcase, sir!

I’m getting hot under the collar. I have to pick up the Director of the Department of Agriculture from a neighboring state. He was in town for a conference and I have to rush him to the airport. He’s already 20 minutes late and he might miss his commercial flight. If a government plane was waiting for him, it would be a different story.

But this is not my lucky day.

In my haste to get him to the airport, I take a sharp turn off the hotel driveway. I find myself at the stop light in the oncoming lane of the six-lane boulevard. That’s why I’m a bit uneasy. The light is red and the director is looking at me wondering what the hell I’m doing. He looks at his two aides sitting in the back of the Chevrolet Caprice. They remain mute.

He can no longer keep his tongue. “Well, wait till I tell the boys back home.” I keep looking ahead pretending that I know what I’m doing as a chauffeur to high-ranking politicians. The “boys” he is talking about are the police officers who usually drive him around when he is home. But whenever he visits our neck of the woods, I drive him.

On top of that, I have to turn left.

I don’t say a word and keep looking straight ahead. Somehow, I’m relaxed and know that everything is going to be alright now that I have my passengers in my care. There is a car facing us across the intersection and the driver is also wondering what I’m doing in his lane. The Caprice may be helping. It could be perceived as an unmarked cruiser. For all he knows, the occupants could be undercover officers wearing suits.

The light turns green and I floor it. As if it were my right of way, I make my turn and end up in the proper lane. The director is shaking his head, smiling. I get him to the airport just in time and he makes his flight.

I’ve had countless adventures like this: taking one minister and my boss to a reunion, then waiting for them as they had to go to another meeting. Again, they were running late. Most of the driving was taking place on the highway but unfortunately, it was bumper to bumper. So, I simply drove the car on the shoulder for just about the entire trip. A few people got upset, honking their horns as we zipped by, but I saved a lot of time. My passengers never said anything. 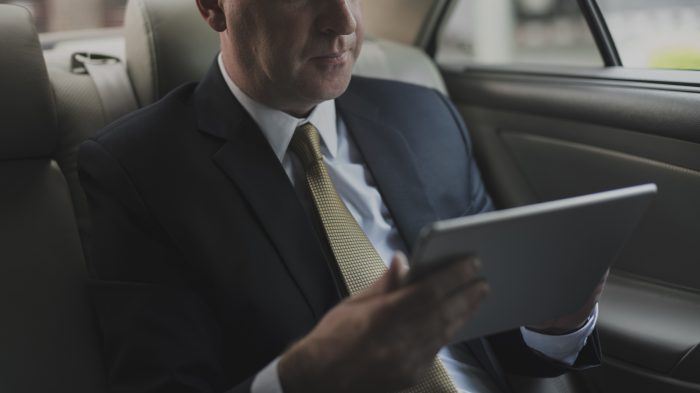 The life of a chauffeur ain’t always easy, especially when you are fighting the clock and your passengers have no clue on how long it takes to go from point A to point B in a large, congested city. Other times, they tell you at the last minute they are arriving. I got a phone call once from the aide of another director. “The director will be arriving in a government plane at the downtown airport in about 10 minutes.”

Would it kill you to give me better advanced warning? I can probably make it to the airport in 10 minutes since the office is downtown. Unfortunately, the downtown airport is on an island and I have to take a short ferry trip to get there.

I run to the car, and coming out of the parkade, I take a turn where I should not be taking a turn. Of course, there is a cop, on a bicycle no less, and he catches up to me. I give him my government ID card and driver’s license and explain why I took the illegal turn. I’m verbally hurrying him to let me go along otherwise I’ll be late. He doesn’t like my tone of voice, but allows me to proceed without a ticket.

I make it to the ferry ramp. The ferry is on the other side. Figures. I wait, not so patiently. It’s a five-minute crossing of a canal. It takes longer to load and unload the cars but I finally make it.

The aide had the timing wrong, and I arrive next to the tarmac as the plane is on final approach. It’s an F-27 Fairchild-Hiller and the pilot will need the entire runway to land. If he misses, the plane is in the water. Those guys are good and he brings the aircraft around to where I’m parked. The director disembarks and he and his entourage pile up in my car. The plane will wait for them. It’s only a day trip. I don’t think there is a pilot’s lounge at the tiny island airport.

A couple of years later, I picked up another director of agriculture; a different one. Politics is a tough business and people come and go. He was accompanied by his wife and triplets. I drove them to their hotel so they could check in. I waited, as I had to drive the minister to another hotel for a meeting. After I dropped him off, I returned to his hotel to pick up his wife and children. I was instructed to give them a tour of the city. 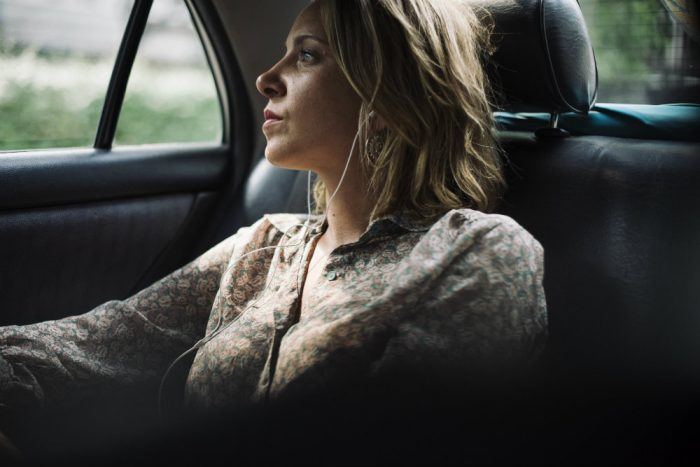 The director’s visit coincided with a huge agricultural fair taking place in town, and his department had a kiosk showcasing cheeses from various regions of his state. The fair was closing for the day and I had to pack up all the cheese and bring it back to the office. There wasn’t a fridge at the fair, but we had one at my place of work. I loaded up about 200 lbs. of cheese in the trunk. It took a while. As I was about to go unload it, I realized I needed to take the director to a banquet.

He made his way back to the hotel because I was busy giving a tour to his family. I open the door and he gets in the car. He’s all decked out in a tuxedo. I can see in the rearview mirror that he is looking around, sniffing. “It stinks of cheese in here.” He blurts out.

“Well, sir” I explain to him . . . “I didn’t have time to unload it.” I tell him the story but he was worried, I guess, that he would smell of cheese when he got out of the car. He wasn’t happy.

Another time, I had to drive the Consul of Peru. For some reason, Peru had a consulate in our city. He wanted to go to a branch of the American Kennel Club to have his purebred dogs registered with the AKC. “Are your dogs nice?” I surprised myself asking the consul.

“No. They are not nice. They stay inside my compound and if someone manages to climb the eight-foot wall to invade my property, the dogs will shred them to pieces. There’s a lot of crime in Lima.”

His request to have his dogs registered was denied. 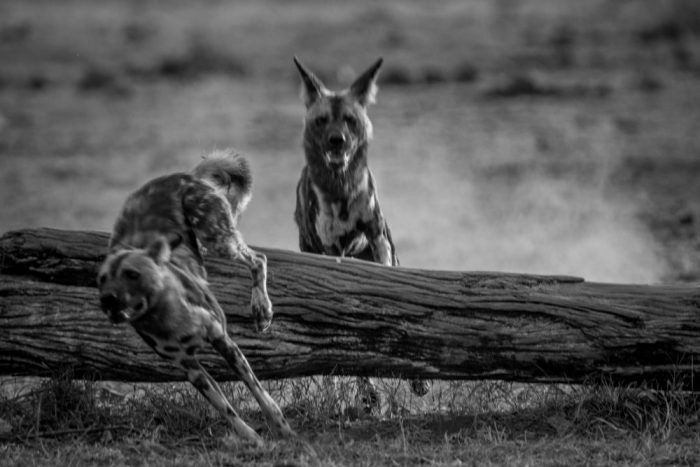 I never experienced close calls, accident-wise, except one time when I was making a turn. One of those crazy bike couriers came from nowhere and slid on the wet pavement in front of the car. I stopped in time and didn’t hit him. My boss was sitting in the car with two high-ranking politicians.

You hear juicy tidbits as a chauffeur, but it’s not that glamorous of a job, unless you work for a wealthy patron who pays you handsomely. I learned the main preoccupation of politicians is to stay in power. I’ve driven all sorts of people; from CEOs to famous artists, and a lot of elected officials and their subordinates. The defensive driving course I had previously taken served me to no end, and still does to this day.

Being a chauffeur was fun, since I enjoy driving, and I got to know the city by heart.