Majority of Americans Think Electric Vehicles Are The Future

It seems Americans are truly warming up to the thought of owning an electric car. This is evidenced in the latest study published in Volvo Reports: The State of Electric Vehicles in America conducted by Volvo Cars and Harris Poll. This report is the seventh in a series meant to uncover insights into the American opinion across four core themes: design, safety, technology, and environment. This most recent survey reveals nearly three-quarters of American drivers are convinced that electric vehicles are the future of driving.

I wrote a similar piece not too long ago which reveals the growing interest of electric vehicles among American car buyers. This is despite the fact that range anxiety is still a big concern among potential EV buyers. That study from AAA shows close to 20 percent or 50 million Americans are looking to buy an EV for their next car.

Who Would Have Thought: Are EVs The Future of Driving?

In order to come up with a more compelling argument, Volvo’s study includes 250 Americans who currently drive or have driven an electric vehicle in the past year. It was conducted among 1,510 U.S. drivers ages 18 and older in October of 2018.

Approximately three in four Americans, or 74 percent of respondents, agree EVs are the future, while 79 percent of existing EV drivers also agree. The monetary benefits of owning an EV (no fuel expenses and less maintenance) and the environmental impacts are among the positives many associate with EV ownership. In fact, close to 59 percent feel driving an EV has a positive environmental impact while 74 percent say the long-term savings on gas far outweigh the higher purchase price of electric vehicles. 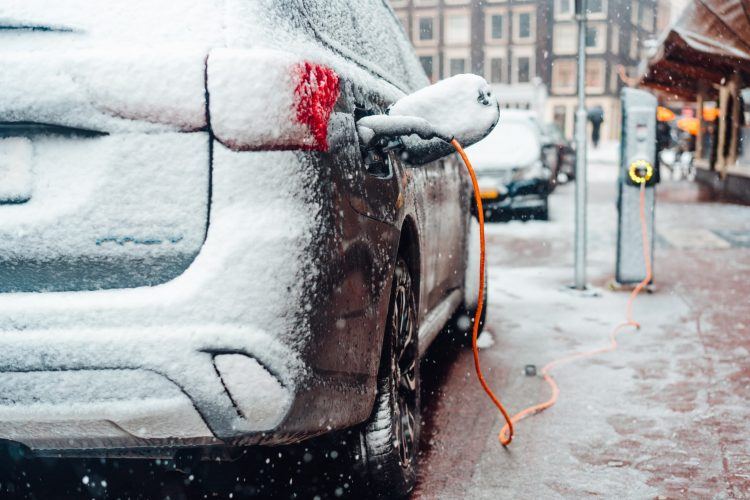 The study also states range anxiety is still a lingering concern. But in a surprising turn of events, this only holds true if you haven’t actually driven or owned an EV. Approximately 65 percent of respondents say range anxiety was an issue before purchasing an EV, but that dissipated after a couple of months.

This is not hard to understand. According to the U.S. Department of Energy, the average EV is capable of traveling 114 miles between charges. Think about it. If you’re a city dweller, 114 miles or 184 kilometers is more than enough for the daily grind. You are basically doing yourself and the environment a huge favor by going electric!

The True Benefits of EV Ownership

The survey also reveals the benefits of driving an EV are more than enough to outweigh the challenges. For example, 60 percent of respondents say the fuel savings are among the most significant benefits, while 48 percent enjoy the serenity of getting behind the wheel of a modern electric vehicle. Given their mechanical design and lack of a traditional engine, EVs are generally quieter than their gasoline counterparts.

What’s more surprising is the satisfaction rating of EVs. Approximately 85 percent of EV drivers are completely satisfied with their vehicles while 55 percent say they’ll never go back to a conventional gas-powered car. However, 57 percent want EVs to have the same price as conventional vehicles. Of course, 41 percent will definitely consider an electric car if the government continues offering financial incentives or tax breaks.

Although California is often considered a hub for electric vehicles, states like Louisiana, Washington, and Vermont are also EV friendly. A study last year from YourMechanic measured how convenient EV ownership is for residents in each state. The same study found that EV sales in Oklahoma jumped 160 percent between 2016 and 2017.

Related: Some things to consider before buying an EV.

Here’s the good news: electric vehicles are getting more affordable each year. Here is a shortlist of affordable EVs you can buy in 2019.

The Smart EQ is certainly not as revolutionary or as exciting as the Tesla Model 3. However, the Smart EQ is the only convertible EV on sale today, and that counts for something. With an MSRP of $25,390 before tax credits and 58 miles of range, the Smart EQ is a good choice for city commuters.

The second-generation Nissan Leaf thankfully came with more conventional styling. Prices start at $29,990 before tax credits with an EPA-estimated 150 miles of driving range. If that’s not enough, you can go for the Leaf e+ which offers 225 miles of range albeit at a higher price.

The standard Hyundai Kona is either polarizing or a looker depending on your tastes. But the EV version of the Kona is more restrained, which makes it a fine-looking crossover EV. Prices start at $36,450 for an EPA-estimated 258 miles of range.

If you want an affordable and long-range electric vehicle, take a closer look at the Chevrolet Bolt EV. It offers 238 miles of range for $37,500 before tax credits. More importantly, the Chevy Bolt EV has the styling of a normal-looking car.

It is hard not to include the Tesla Model 3 when talking about the best electric vehicles. But now, it is also one of the most affordable. The company just released the sub-$35k Model 3 with 220 miles of range. Although the interior is a bit low-rent, it comes with 18-inch wheels and the familiar 15-inch touchscreen interface.