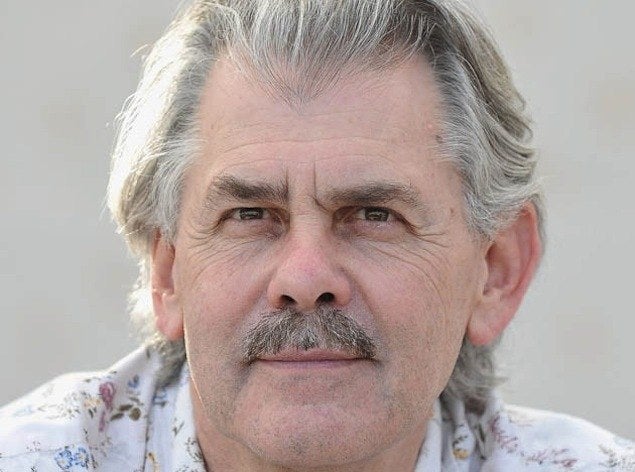 I know, I know. This, from the head of a car company founded by Anthony Colin Bruce Chapman. The guy that said, “To go fast, add lightness,” and, in the process of putting that divine wisdom into practice ended up kicking some serious sports car ass over the past five decades. I know, it insulted me too.

Well, hopefully Lotus won’t be doing anything too stupid in the future, that is if they pay attention to one of their newest hires, Gordon Murray. Murray, of course, is best known in automotive circles for such trivialities as various Brabham Formula One cars, the McLaren F1 supercar and, most recently, the T.25/T.27 city car project that makes a Smart Car look like a delivery truck. Sure, he’s only joining forces with Lotus in an “advisory capacity”, but you have to say it’s a step in the right direction.

Murray will sit on Lotus’ Advisory Council, a board that already includes such names as known car nuts as Bob Lutz, Tom Purves (former BMW North America chief), former BMW designer Burkhard Göschel and Volkswagen engineer Frank Tuch. It don’t sound like a list of idiots to me.

Lotus and Murray said that his new (advisory) gig with the boys from Hethel shouldn’t get in the way of Murray’s independent design outfit. There’s also some Karmic justice at work here too. When he first started out as an engineer in F1, Murray hoped, above all, to join the legendary Lotus team before being snapped up by Bernie Eccelstone to work at Brabham instead.

“Gordon has never been afraid to trail blaze, take risks and do things differently, these are attribute that we are very familiar with and very proud of at Lotus. With his incredible and unique motorsport and design experience he will complement the existing council line up perfectly. We’re very much looking forward to working with him,” said Group Lotus Chief Executive Dany Bahar on the selection of Murray.

Gordon Murray had this to say: “For years I’ve been a huge admirer of Lotus, I have great respect for the legacy that Colin Chapman created and I think what Dany and the team are doing is a really good thing for the brand. He’s taking the strength from Chapman’s principals and taking the business to the next level whilst still keeping the general ethos – not an easy task! I’m really looking forward to contributing to Group Lotus during this exciting time.”

But now, as the saying goes, is when the rubber will meet the road. If Lotus does as Bahar threatened, and seriously head up-market, slathering on more leather and wood and doodads and knick-knacks and other things that don’t help the cars go faster, it will be a huge mistake. Or at least in my opinion it will.

Every serious sportscar maker out there ladles on the luxury and comfort and convenience crap whether the car needs it or not. Have you seen what a Porsche weighs these days? Don’t even think about rolling a newer Aston Martin onto the scales, you won’t like the read out. Hell, even Ferrari, in as potent a car as their F430 Scuderia has air conditioning. Air conditioning!! Yes, yes, I know, it’s only supposed to be a track car 20% of the time, but if you’re making a balls out, factory stripper race car, you don’t give it AC. Hell, I remember when the heaters in Austin-Healeys were options. Their default was to give you less, so you could enjoy the car more.

And that, is what separates Lotus from everybody else: “To go fast, add lightness.” Or at least it used to (that is if Bahar’s plans see the light of day). Our only hope is that Murray et al will talk some sense into him.