One of our faithful readers spotted a couple Lotus Evoras while on a ski trip in Chamonix in the French Alps last week (lucky!) It was obviously being shot for a movie, but she couldn’t figure out for what movie! Could it be the new James Bond? Here’s what she had to say:

I’m just on a skiing holiday now in Chamonix in the French Alps and have seen loads of commotion around a film set. I watched an action stunt scene being filmed with tons of crews and paparazzi swarming! I especially noticed a flashy new Lotus Evora being used in the filming.

Click on the thumbnails below for high-res images she sent, along with the video below that.

What movie do you think this is from? 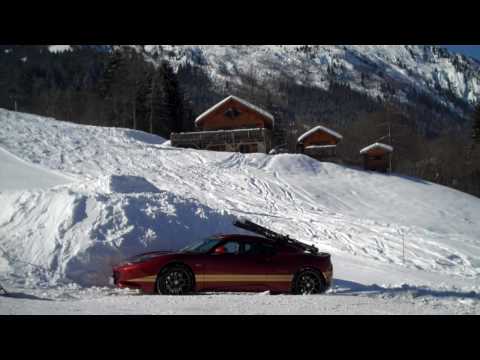