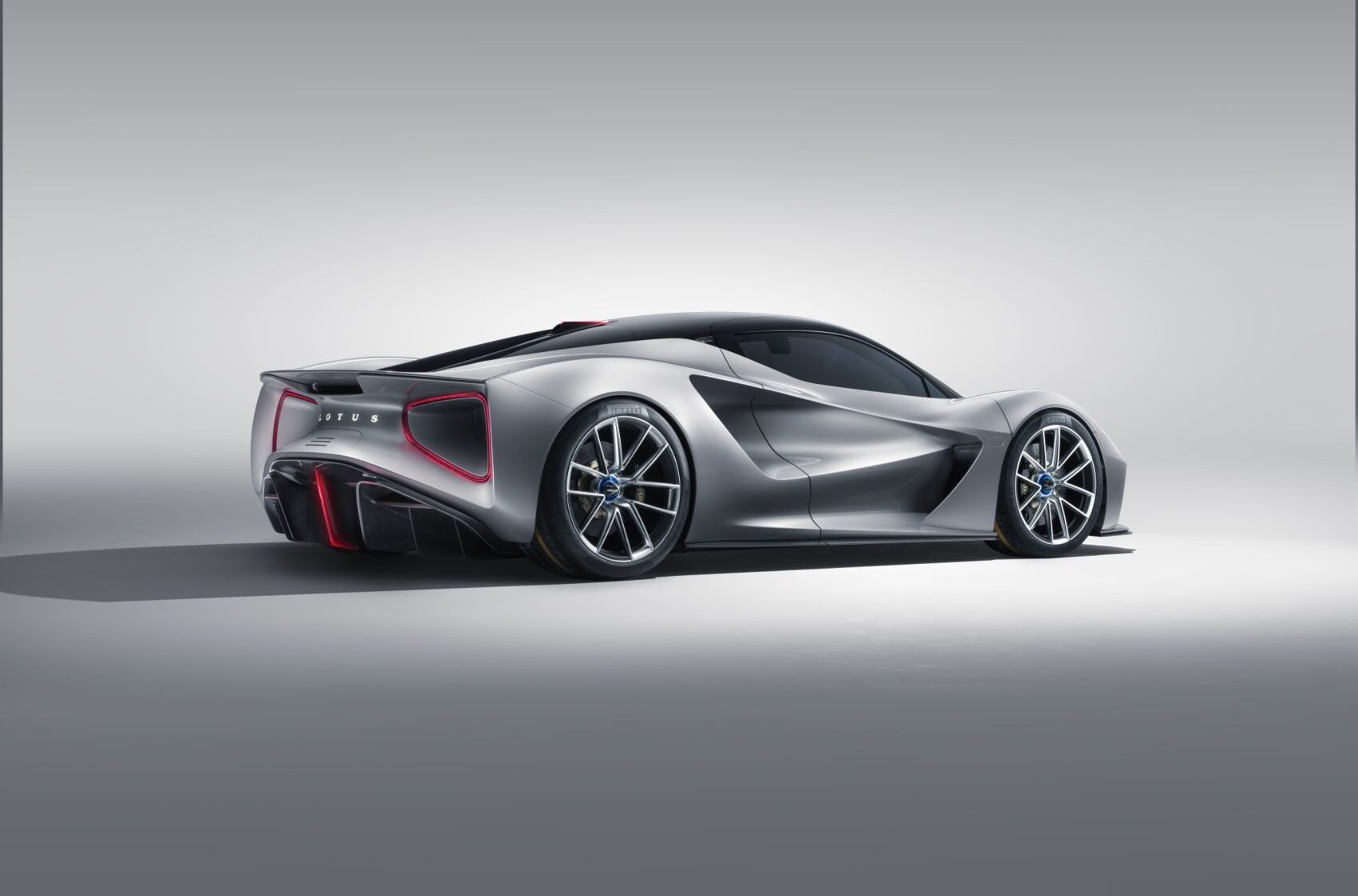 I recently covered the upcoming Lotus Evija in another article, but on so many levels, the car is so technically impressive that it requires a more detailed examination about the hows, whys, and wherefores; the inter-workings on how this beast of a car functions. The Lotus Evija (pronounced ‘E-vi-ya’) means first in existence or living one. Internally it is known as the Type 130. Fitting, since they’re only going to make 130 of them. They will also be eye-wateringly expensive at around two million a pop. It will be worth it.

Lotus Evija: First At The Bat

A little while back, Lotus was bought by the Chinese company Geely. Geely makes everything: cars, trucks, buses, tractor-like things, industrial vehicles; like I said Geely makes everything. Many worried Lotus would end up being diluted to just a badge. So far, those worries seem far away. Under Geely’s stewardship, the storied Hethel company is producing the first all-electric British hypercar in the Evija.

Lotus is careful to use the term “first all-electric British hypercar.” Technically speaking, Rimac is out there in addition to a few other boutique builders that are making hyper EVs, but in any real serious sense, Lotus is the first manufacturer to jump into the hyper-performance EV end of things. Not Porsche. Not Ferrari. Lotus.

To call the exterior of the Lotus Evija striking would be an understatement. From its chiseled and geometric nose to severely concave Kamm tail, the Evija is unmistakable. The bodywork is full carbon fiber, and everything looks low and taught. Massive Venturi tunnels glower under the rear of the car, hinting at huge downforce numbers and high-speed cornering velocities of equal merit.

The Evija is the first Lotus road car to ever feature a full carbon fiber chassis, molded as a single piece for strength, rigidity, and safety. The underside produces so much downforce that the integrated air diffuser starts under the B-pillars. Unfortunately, Lotus gives no exact figure, but all you have to do is use your eyes to know the grip this thing can produce must be extreme. Total weight of the monocoque tub is a mere 129 kg (284 lbs.) and all up weight is 1,680 kg (3,703 lbs.).

They even geeked out with the lighting. The Lotus Evija is the first production road car to feature laser lights for both main and high beams. Inside the lenses, unique “wing-like” elements form the daytime running lights and directional indicators. The modules are made by Osram. There are no tail lights, as such, just a red LED ribbon-style light with directional indicators.

The backup light is hidden in the “T” of Lotus just above the charging flap.

The rear spoiler is a fully-active, aerodynamic piece that deploys from its flush resting position in the upper bodywork. An F1-style Drag Reduction System engages automatically in Track mode, although you can manually activate it in other modes. Traditional door mirrors are done away with to reduce drag, replaced by cameras in the front fenders that deploy when the car is unlocked. A roof camera provides a central view with all images displaying on three interior screens.

The Evija’s power output of 1,972 horsepower and 1,254 lb-ft. of torque make it the world’s most powerful production road car. Power is stored in the 2,000 kW lithium-ion battery pack mounted centrally behind the passenger compartment. Lotus gets style points for showing off the pack as it’s visible through the glass rear screen. This isn’t just for looks but gains, according to Lotus, in aerodynamics, weight distribution, occupant comfort, and handling. The location also makes it easier to service or for the installation of other battery packs. The battery management system was developed by Williams Advanced Engineering, the Williams Grand Prix team’s in-house skunkworks.

Downstream from here, power is fed to an in-line, axial arrangement of two high-power density e-motors. The e-motors have silicon carbide inverters and epicyclic transmissions on each axle of the four-wheel drive powertrain. There are four very compact, very light, and very efficient single-speed, helical gear-ground planetary gearboxes (say that ten times fast!) to transfer power to each driveshaft. Each gearbox comes packaged with the e-motor and inverter as a single, cylindrical Electrical Drive Unit. Each e-motor puts out 500 ponies (there are four of them).

With a motor at each wheel, torque-vectoring becomes obvious. The system is fully automatic, self-adjusting, and can instantly distribute power to any combination of two, three, or four wheels within the blink of an eye. Adding more power to individual wheels enables the radius of corners to be tighter, according to Lotus. In other words, the Evija should go, turn, and stop like a meth-addled kitten on wall-to-wall carpet. ESP stability control is there so you don’t stuff it into something big and solid.

An electro-hydraulic system delivers the goods in the steering department, a hallmark of every Lotus.

Ride & Handling: Proof In The Pudding

Speaking of Lotus hallmarks, the Evija is almost guaranteed to handle better than 99.9 percent of all other cars out there. Ask anybody who competes against a Lotus, and they will tell you just how well these things handle. The Evija looks no different. The suspension is Motorsport-inspired and features three adaptive spool-valve dampers (shocks) for each axle. Two are there as corner dampers and the third controls heave.

The magnesium wheels clock in at 20 and 21 inches, front and rear respectively, and are shod with Pirelli Trofeo R tires. Braking comes by a forged aluminum AP Racing system with carbon-ceramic discs, front and rear.

And all this tech is great and wonderful and promising, but the real cherry on top – the real “you’ve got to be kidding me” moment comes down to charging. The Evija’s battery can accept a massive 800 kW charge. That’s more than twice the current industry maximum. Using existing charging technology, like a 350 kW unit, the Evija’s charge time will be 12 minutes to 80 percent, and 18 minutes to 100 percent. Using Lotus’ 800 kW charger (which they haven’t unveiled yet) it will be possible to fully replenish the battery in just nine minutes.

Evija production will begin next year, which can’t come soon enough. But like I said, they are only making 130 of them. Have that checkbook at the ready, because a £250,000 deposit secures a production slot (that’s around $300,000). The list price will be £1.7m plus taxes or around 1.9 million USD. For that handsome sum, Lotus will let you configure your Evija exactly as you want, down to the smallest details.

And with a car like this, everything else is just details anyway.