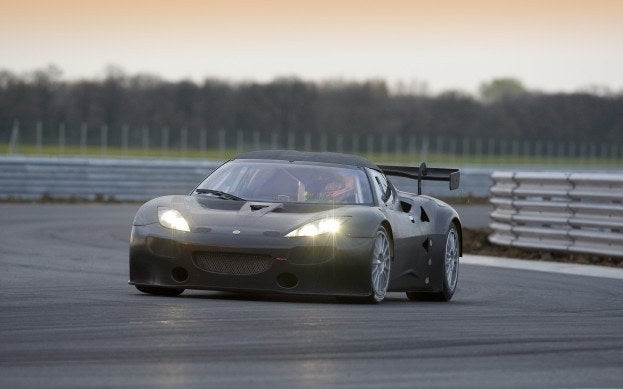 Lotus has big intentions for its future. The Paris Auto Show last September resulted in a whole slew of new concept unveilings that point to much more ambitious goals. Clearly, one Lotus era is coming to a close and a new one is dawning.

The Evora is the first production model to illustrate this. The Evora is mid-engined and more sumptuously appointed than previous cars like the Elise, Exige and Europa.

With the Elise ceasing sale of the car in the United States, it also is the only car sold by Lotus here. Now it gets its chance to prove itself in racing, as Lotus has announced its entrance into the American LeMans Series (ALMS) in 2012. The team is called Lotus Sport USA, located in North Carolina. It is an offshoot of the global Group Lotus. The U.S team is headed up by Ian Dawson and John Pritzlaff.

Ian Dawson was previously at Lotus in the 1970s. Lotus director of Motorsport Claudio Berro commented on the announcement, saying: “We are very happy to confirm the formal plans for Lotus Sport USA. This part of the world represents a very important market to Group Lotus now and for the future. With Ian Dawson and John Pritzlaff on board, I’m sure Lotus Sport USA will go from strength to strength.”

Entrance into U.S racing marks a full international schedule for Group Lotus. Internationally, the team will focus on GT2 and LMP2 classes in the International Motor Sport Association (IMSA). The car Lotus will be racing is a specially-modified Evora GTE.

The Evora GTE is powered by a Toyota Cosworth V-6 engine making 470 horsepower. Testing will begin in the fourth quarter of this year, and next year Lotus plans to compete in full force. More details will be forthcoming, with a driver lineup and calendar of events to be released soon. Overall, this is a good move for Lotus in the U.S, as it should help increase brand awareness in preparation for new models to come.