Land Rover In Vogue with 2011 Evoque 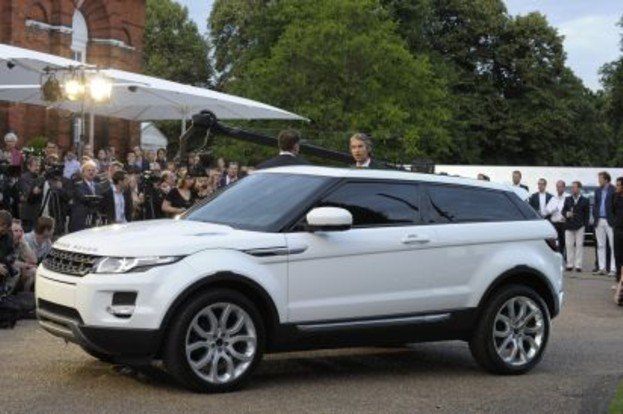 Keeping in mind that Hummer received much of the flack for creating the macho-luxury sport utility vehicle market, Land Rover should be credited for actually popularizing the trend. Presented the Range Rover in the limited edition Vogue Estate 2-door in 1981 cemented the future for the once deeply-seeded utilitarian brand into a luxury staple worthy even to the British royal majesty Queen Elizabeth II. While the long-running Defender model maintained the auto company’s core beliefs of ruggedness, the Land Rover Vogue charted a path to offering more upscale SUVs which dominates the North American lineup. As the clock turns to 30 years since the trend-inspiring Vogue, Land Rover dedicates a new luxury SUV which also radiates the modern pursuit for better efficiency.

Starting life as a party crasher on Range Rover’s celebrity-studded 40 year celebration in Kensington Place, London, the Land Rover Evoque debuted showing off their lightest and most fuel efficient offering. Set for North American dealership fall of 2011, this early showing of the Land Rover Evoque will coincide with the 30th anniversary of the original Vogue Range Rover.

Garnished with all the promise of the Land Rover LRX concept car to a production vehicle, the Evoque’s exterior aesthetics are a dead-ringer to last year’s show darling. With a sharp, low roof line worn over sculpted two-door SUV bodywork, the Evoque encapsulates Land Rover’s styling DNA within the sportiest manner seen from the British-based company. Leading into the specially-proportioned body, the Evoque’s front end headlamps and grille constructs a fierce, aggressive face. While one of the most styling-conscious vehicle to be exercised by Land Rover, 21st century luxury tastes makes the Evoque a sharp, trendy high-class SUV. Leaving few details on the technical specifications, it is hoped that the limited edition Land Rover Evoque will again echoes the LRX concept’s features. Advertised in show vehicle form as a mild hybrid setup utilizing a starter-generator and regenerative braking, the LRX four-wheel drive system incorporated an their Electric Rear Axle Drive aiding on fuel efficient motoring on and even off-road.

Appearing just under three months prior to its official public introduction at the upcoming Paris Auto Show, the Land Rover Evoque is not a vehicle which believes in being fashionably late. When the Evoque arrives late next year to showrooms, the entry will still invoke a red carpet treatment.