Los Angeles is what some might consider the center of car culture. In terms of car design and moving the needle, the LA auto show was as exciting to look at as star on the walk of fame. With so many cars getting better fuel economy, better handling, quicker 0-60 times, loaded with tech, and even safer, one of the only bullets left in the gun to separate one make from another is styling. After all, if two cars are so close in nearly every comparable way – the car with the better looks wins (almost) every time.

In this post, I will be as objective as a non robot or non politician can be. We all have our like and dislikes. I also know that every reader here would hate to live in a world where everything looks like an econobox – or the box that the econobox came in. I am not a great believer in suspense – so on with the commentary!

First, I am a bit confused as to which bit of  blue nonsense was the Jaguar XFR-S and which one was the Volvo S60 Polestar. Lets see, a shade of paint that would only look right on a Japanese KEI car – check. Catfish inspired front air intake – check. Would be ashamed to pull up next to an M5 (visually) check. Second, is the Mercedes Benz SLS AMG Black Series. I will overlook the Bumblebee paint/trim combo to zero in on the lines. What are they trying to do to this car exactly? Its gull-winged grandfather was graceful yet aggressively styled and is considered a masterpiece. The Black Series makes a poor design worse. Aping some of the best Viper lines and then creating a blunt front end mades little sense in any conventional or unconventional school of thought. The 2/4 view lacks any sort of focus, and only the full rear view is something that passes for great – granted that is the view you will see as it races away from you at stop light. Ask yourself this, would the Viper GTS with the doors from the SLS look considerably more well crafted and complete from a design perspective? 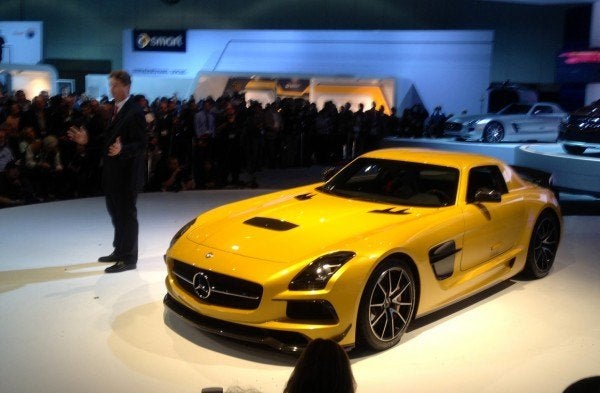 Third, the Fiat 500L. Simply put, London taxi meets PT Cruiser. I cannot imagine the design sessions that produced this – sketches of different parts thrown into a hat? The target market is presumably the same as for the Mini Countryman – good luck with that. The front end takes what is nice about the 500 (in very small doses) and tarts it up to be a collection of disjointed slits and inlets. The headlights seem to want to pay tribute to the new Range Rover language, but are not as sharp literally or figuratively. The side view is a slab rendition of the PT and the rear tries to mimic the mini but does not come close to being as nice or interesting. 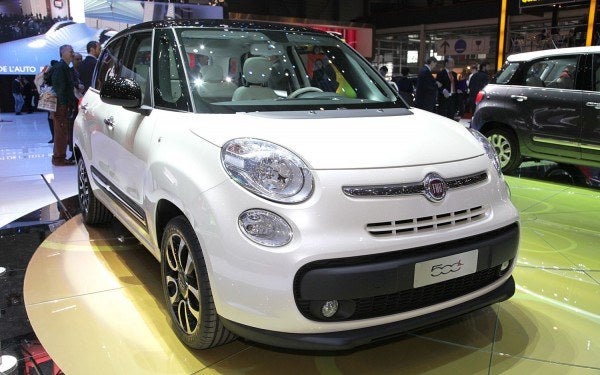 As for the best in show, I will give it to the Porsche Cayman. Although predictable in its execution, it showed what a restrained pen can achieve, building on a great foundation and bringing new life to a design that was already aging well. The full on front view has a nice blend of Porsche / bit of Lambroghini at the air intakes. Even if there should be a royalty payment for all of the makes that have ripped of the trapezoidal look of air intakes, Porsche is a member of the family now and can be excused. From the side, the larger side intake is aggressive and welcome. The rear 3/4 view is much better and more sculpted that the Gen. 1 example. The spoiler through the taillights trick is another great piece of engineering/ eye candy. Overall it is stunning not only as a Porsche, but as a sports car done right. 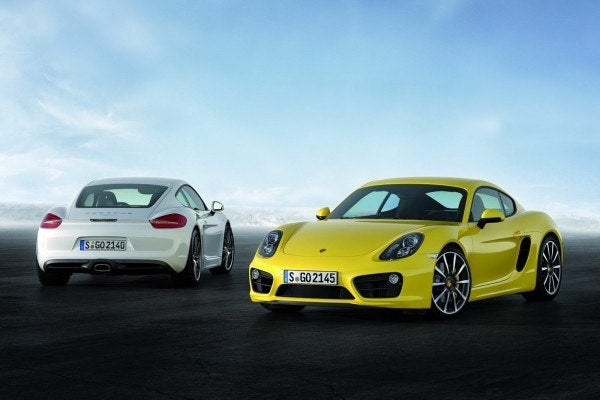 LA(ME) might have been the obvious pun – but it was the truth. Putting the top on a convertible proved to be the runaway winner which in a way is sad. Auto shows are a way to show breakthrough designs and not take ideas and retread them and throw it into the mix. Where is the next A8? Where is the next Veloster? The answer is, not at this show.