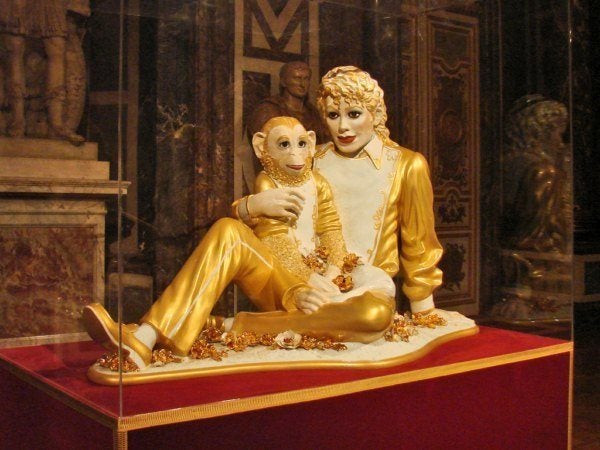 It is an odd occurrence when two of my great loves, cars, and art, can get combined. So it was with great trauma and foreboding that I looked upon an email that dropped into my Automoblog inbox with the subject line of “Jeff Koons to Create New BMW”.

“Jeff Koons?!” I said, as I regained consciousness, trying to ignore the huge, throbbing vein I could feel standing in relief on my temple. “They can’t be serious?!”

They were, they are, and if you think I’ve got strong opinions about cars, they pale in comparison to how I feel about art.

Look, I could excoriate Koons from top to bottom, but you would ask, “Gee Tony. That’s nice and all, but really who the hell are you, and why does your opinion count about art?”

1 – As I mentioned, art is highly important to me. Most of my friends are artists of one sort or another; Painters, sculptors, fine art photographers, filmmakers, composers, art professors, dancers, novelists and poets … pretty much the whole spectrum. So I end up looking at a lot of art, and discussing and arguing about a lot of art as well. On top of that, I have studied art and architectural history, both in college here in the U.S., and also extensively throughout Europe, so art is clearly of high importance to me. So when I call Jeff Koons an imbecilic hack, it’s more than just my opinion, it is my learned and considered opinion about something very important in my life.

2 – It’s not just my opinion. Here’s what renowned critic Robert Hughes had to say about Mr. Koons: ” … an extreme and self-satisfied manifestation of the sanctimony that attaches to big bucks. Koons really does think he’s Michelangelo and is not shy to say so. The significant thing is that there are collectors, especially in America, who believe it. He has the slimy assurance, the gross patter about transcendence through art, of a blow-dried Baptist selling swamp acres in Florida. And the result is that you can’t imagine America’s singularly depraved culture without him.” Hughes placed Koons’s work just above that of Seward Johnson and was quoted in a New York Times article as having stated that comparing their careers was “like debating the merits of dog excrement versus cat excrement — although Mr. Hughes would never use a word as flat and unevocative as excrement.”

So BMW (the same company that thought hiring Chris Bangle as a “designer” was a good idea) has gone out and hired Jeff Koons to do their next art car. Brilliant.

For those of you that don’t know about these things, a BMW art car is a model that a noted artists has done some paint work on. BMW has done this for quite a while, and has built up quite a stable of artists.

Andy Warhol, David Hockney, Jenny Holzer, Roy Lichtenstein, Frank Stella, Robert Rauschenberg, and Alexander Calder to name just a few. Yeah, I know, Warhol only had one good idea, and David Hockney was anything but fresh. But Lichtenstein and Stella and Rauschenberg? Koons is barely fit to clean their brushes, let alone “join an illustrious group of artists” as BMW puts it.

Of course, what makes all this really annoying is that Koons hasn’t even put out the car yet. This is all just an announcement that Koons will be DOING a BMW sometime in the near future.

Watch, when they roll it out, it will be just like some off the rack BMW from the assembly line, and Koons will take the credit.