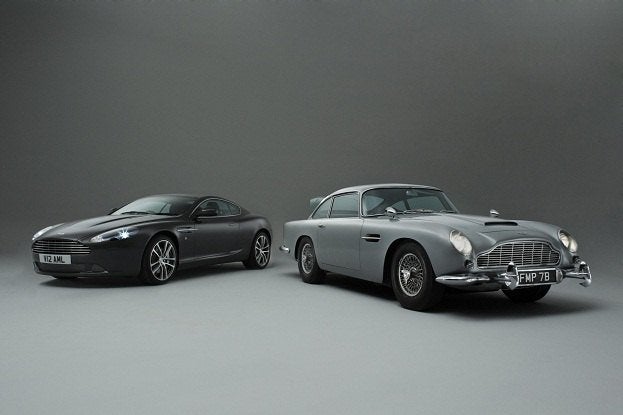 Many fans of the 007 franchise maintain that the original film actor, Sean Connery, is above all portrayers of the fictional British super spy James Bond. Connery conveyed through 7 movies (including Never Say Never Again which was released outside of the canonical 007 universe) a cool, sophisticated man of action image becoming an idolized persona which men wanted to be and women wanted to be with in any reality.

As Sean Connery is recognized as the only true movie James Bond by many, the Aston Martin DB5 is accepted by fans of the franchise as the essential spy car. Though some fine automobiles would be featured as James Bond’s transportation, the vehicles of Lotus and BMW could only envy the original DB5. The fan love for 007’s Aston Martin became evident October 27th as RM Auctions in association with Sotheby’s hammered away the actual car seen in two of the most iconic movies inspired by Sir Ian Fleming.

The only surviving 1964 Aston Martin DB5 used on-screen, the modified British sports car was featured in both 1964’s Goldfinger and the follow-up 1965 movie Thunderball in prominent but different roles. Stalking the main villain through Swiss roads as well as the stunt driving for Goldfinger, this same DB5 was armed with all the prop Q Branch gadgets before receiving a jetpacking Agent 007 in the opening of Thunderball. The bullet proof rear shield, oil slick spreaders and the revolving license plate are unique equipment no production car would offer. While the long and beautiful silver DB5 lives a glorious life on-screen, this vehicle was somewhat less stimulating. 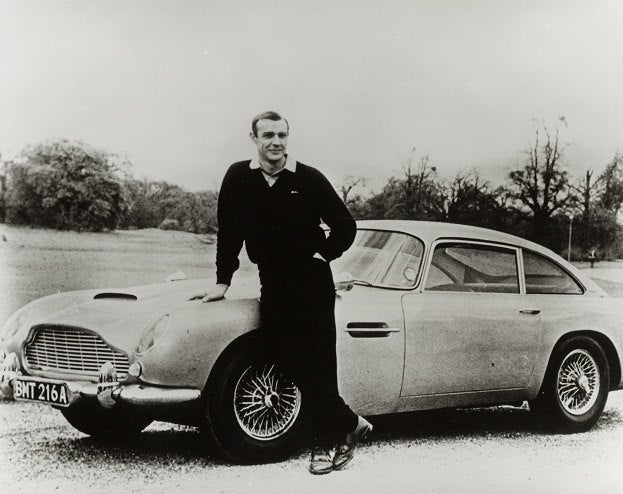 Following Thunderball, the 1964 DB5 completed a promotional tour before being returned to the Aston Martin Lagonda factory. It was in 1969 that American radio broadcaster Jerry Lee gave $12,000 for the famous movie prop. Forget about living twice, many would have enjoyed the opportunity to live once to purchase this historic Aston Martin DB5 in 1969. Having owned this James Bond Aston Martin since, Lee’s decision to list the car was to benefit his charitable foundation. Devoted to social causes such as crime prevention, the Jerry Lee Foundation will gain considerably from the London auction. An American bidder struck like thunderball with a £2,912,000 bid (the equivalent of $4,608,500 US) to acquire the one of history’s most famous vehicles. The winning bidder has been identified as Harry Yeaggy, a businessman and renowned car collector promising to preserve one of British’s great motoring creations within the United States.

If an incentive was actually needed for those with loaded bank accounts bidding on this rare DB5, the winner truly takes all. A Dormeiul “Vanguish II” fabric woven worth £30,000 (roughly $48,000 US) was fashioned by movie tailor Gieves & Hawkes. As one more perk presented to the lucky Aston Martin DB5 owner, a 7-day trip to the Jamaican GoldenEye Resort is an exclusive luxury getaway available to 10 guests. The resort, gaining inspiration from the late James Bond author as well as Jamaican resident Sir Ian Fleming, allows the winning bidder to absorb the vibes of the spy story writer in his own beachside Villa.

Prior to the 1964 Aston Martin DB5 being sent to its new owner, British premium sports car builder was able to capture a special family reunion picture. The DB5 which arguably saved Aston Martin posed with the company’s new blood, 2011 Aston Martin DB9.