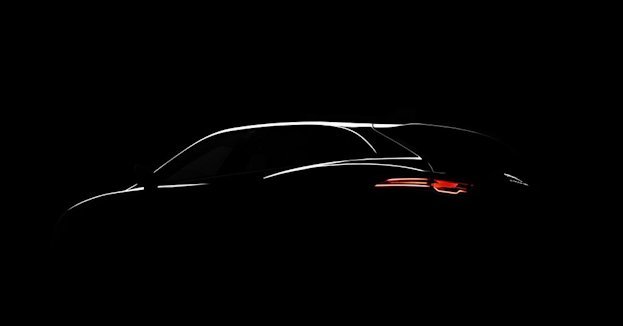 British luxury car brand Jaguar is undoubtedly involved in a renaissance era. New models, incorporation of modern technologies (such as aluminum construction and all-wheel drive) as well as dedicated management of Jaguar has delivered a sense of enthusiasm rivalled only with the glorious introduction of the E-Type in 1961. In fact, this current era of Jaguar actively working to recapture that innovative time. For the 2013 Frankfurt Motor Show starting next week, it will be an opportunity to once again observe the cat’s new life.

Releasing only a shadowy image of a concept vehicle called the C-X17, Jaguar has all-but guaranteed the illumination of camera flash bulbs during a scheduled September 9th unveiling ahead of the auto show. Operating as a promotion of the company’s all-new multi-vehicle architecture, the Jaguar C-X17 will be a bold visual aid accomplishing what speeches on technical achievement through engineering fails to convey. The short hood and the overall height of the Jaguar C-X17 hints at the shape of a crossover vehicle.

Even with the acceptance the vehicle is a design study, the premium crossover utility themed Jaguar C-X17 incites amazement. An automotive market where Jaguar has long eschewed participation, a crossover concept vehicle will provide a long-awaited idea for what is missing in their production vehicle line-up. Jaguar is one of the few auto companies without a crossover utility-style model for sale. Even as the choice to stay out of the crossover market was in effort to not compete against their closely aligned division Land Rover, Jaguar possesses a void in their vehicle portfolio.

While some would level criticism against Jaguar for not enrolling themselves into the most active premium vehicle market, I believe Jaguar should be applauded for staying out as long as it has. Crossover vehicles have been a case of hit or miss opportunities in the luxury car arena. The BMW X5 and the Mercedes-Benz ML have been two of the initial success stories in the premium category demanding a truck-like vehicle with car attributes. However, there has also been a fair share of bad press generated as luxury brands pursued crossover vehicles. Second only to the discontinuation of the air-cooled engine onboard the 911, some Porsche purists believe their world changed when the Cayenne came into existence. Perhaps taking the cake for poor execution of designing a crossover vehicle goes to Bentley with their 2012 EXP 9F concept. Bentley has recently confirmed they are still pushing to create a crossover but has also promised the production version will be radically different in appearance.

Waiting to see the Jaguar C-X17 concept literally come to light, the premium automaker is already on a path to expand their vehicle line-up. The Jaguar F-Type has been the most memorable new product for 2013. The F-Type provided some consolation to Jaguar’s cancellation of the C-X75 supercar project. For European Jaguar fan is seeking a practical vehicle but can‘t wait for the potential production of a C-X17 variant, the recently premiered XF Sportbrake will fulfil the desires for space. For everyone with the patience and the faith in Jaguar management to quickly green light a crossover vehicle, wait for September 9th.