When Tony Westerlund, a potential Jaguar customer from Sweden, asked some challenging questions about how the new I-PACE would perform in the Arctic, the automaker responded by inviting him to Arjeplog to drive the car. Westerlund joined Jaguar’s engineers as rigorous extreme weather testing was being conducted on the new I-PACE at the company’s cold weather test facility in Arjeplog, Sweden.

The area is known for its bitter cold conditions where temperatures can drop to 40 below.

Jaguar says the new I-PACE with DC fast charging capability can go from zero to 80 percent in about 45 minutes with a 100kW charger. While plugged in, drivers can prep the car’s battery and cabin temperature ahead of time without compromising range. Jaguar says this “pre-conditioning” ensures maximum range, performance, and comfort whether temperatures are freezing cold or extremely hot. The pre-conditioning can be controlled via the on-board InControl system or through the Jaguar InControl Remote app.

The Jaguar I-PACE will be revealed during a live global broadcast on March 1st, 1:00 pm ET/19:00 CET, with the public debut set for the Geneva Motor Show on March 6th. The new I-PACE goes on sale later this year. In the meantime, the video below shows Westerlund behind the wheel at Jaguar’s facility in Arjeplog. 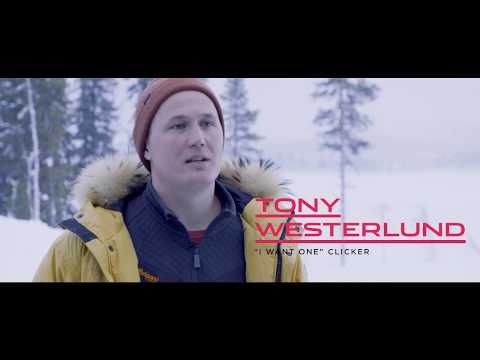