Like many, I enjoy a good road trip. Twice a year, I make the 900 some mile trek from Michigan to South Dakota to see family – once in the summer and once in the winter for Christmas. It’s 14 hours of pavement and music from my personal CD collection which includes everything from country to indie rock. I take a long stretch on I-90 through Wisconsin and Minnesota, which offers some nice views of America’s heartland.

Just how America’s Interstate Highway System evolved is the subject of a new interactive map from Geotab. The built-in timeline shows how the network expanded over the years, giving us insight into how the infrastructure developed to support today’s travel and transportation requirements.

President Dwight D. Eisenhower signed the Federal-Aid Highway Act of 1956 into law in June of that year, the largest public infrastructure act of its kind at the time. Geotab’s map highlights the system’s major developments, like the 1974 completion of I-5 that connects Mexico and Canada, and the opening of I-80, the nation’s first coast-to-coast highway.

“Connecting people, enabling business, and providing a straightforward path across one of the largest countries in the world, the nearly 50,000 miles of highway that makes up the Interstate Highway System has played an undeniable role in transportation and trade in the United States,” Sotra said. 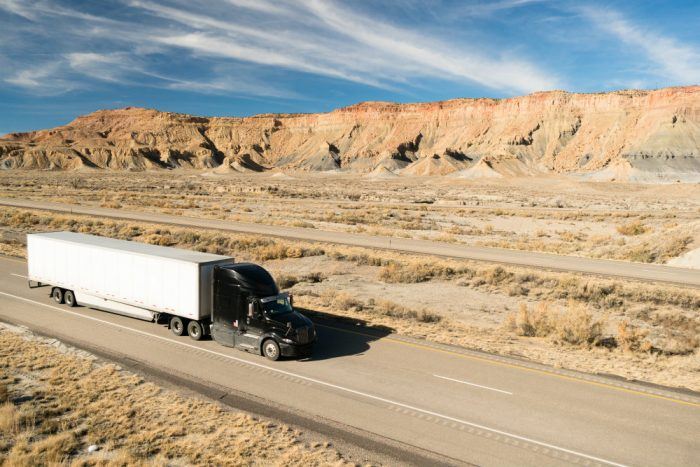 Of The Highest Order

In 1954, during a road safety conference, President Eisenhower recalled when he first heard that automobile fatalities had, at the time, surpassed those of every war the United States was involved in. This was no doubt, for the once Supreme Allied Commander Europe, alarming news.

“It is a problem for all of us, from the highest echelon of government to the lowest echelon and a problem for every citizen, no matter what his station or his duty,” President Eisenhower said during the conference. “We have great organizations working effectively and supported by the government, to seek ways and means of promoting peace in the world in order that these great tragedies may be prevented or at least minimized in the future.”

In 1954, President Eisenhower was looking ahead to 1975, when it was believed there would be some 80 million automobiles on U.S. roads. The President said the government was committed to building more highways to accommodate the increasing number of vehicles.

“They mean progress for our country. They mean greater convenience for greater numbers of people, greater happiness, and greater standards of living,” the President said of automobiles. “But we have got to learn to control the things that we must use ourselves, and not let them be a threat to our lives and to our loved ones.”

Today, the Interstate Highway System accounts for 25 percent of all highway traffic in the country.

Earlier this year, Geotab complied a list of the most scenic routes in America, which nicely accommodates this new interactive map on U.S. Interstates. As time permits, jump in your car and take a random road trip – you never know what unexpected treasures you will find along the way. And during the journey, you can impress your friends and family with how much you know about the Interstate Highway System.