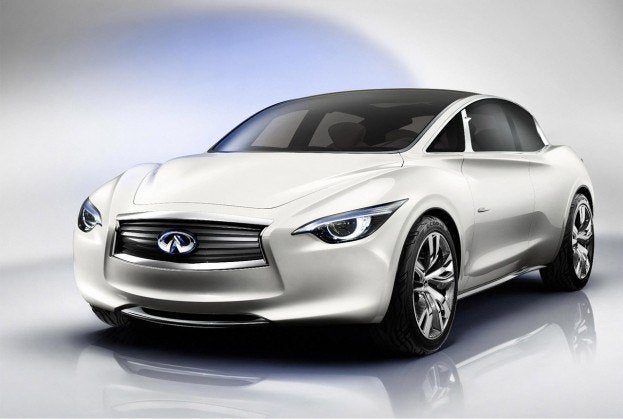 With last week’s Chicago Auto Show behind us, attention is turning to the next event in the auto show schedule. THe Geneva Motor Show in set to take place.

Now, the Etherea Concept looks to make waves in a different way – about a new entry-level small model. With the small premium segment steadily growing and the segment’s roots in Europe, the Geneva show makes an excellent place for Infiniti to show off its new concept. 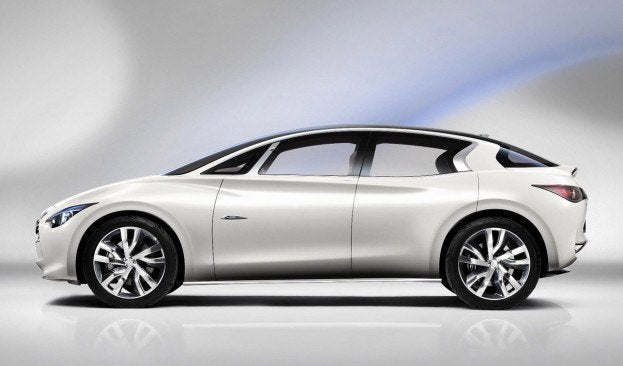 Infiniti’s design language is all about fluidity and flowing, organic lines. If the Etherea is any indication, that styling language looks set to develop even further and with more drama in future production cars.

The Etherea looks to make a name for Infiniti and stand out from any other cars in the segment, and that it does. Designers worked to blend coupe, sedan, hatchback and even a few crossover elements into one car.

The result is surprisingly good-looking from most angles, and a vehicle that remains very uniquely Infiniti. We like to see styling risks like this. Styling is used to help the car look bigger than it is – it is only 173.2 inches long, firmly in the compact segment.

There are no official specifications now, but it is likely the car will be a front-wheel drive model. The question is whether a production model will be coming, and if it will look similar to this. The answer is likely yes, as Infiniti wants to get in on the segment and reach new buyers.

Toru Saito, leader of the Global Infiniti Business Unit, says that “ETHEREA is about a new type of luxury for younger buyers….It is not just a smaller version of a typically conservative and traditional luxury car.” That it is. Stay tuned for more official details and photos of the interior as we get closer to the Geneva Motor Show. 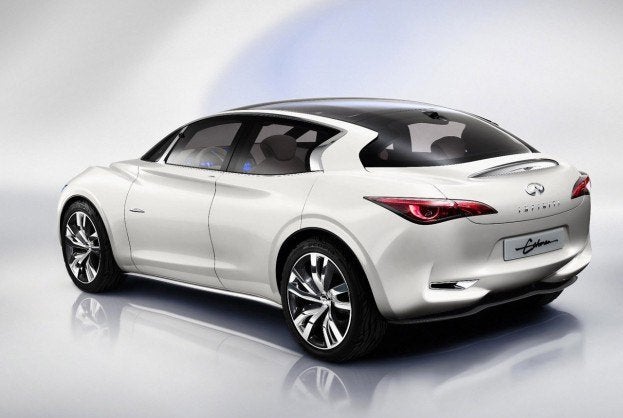