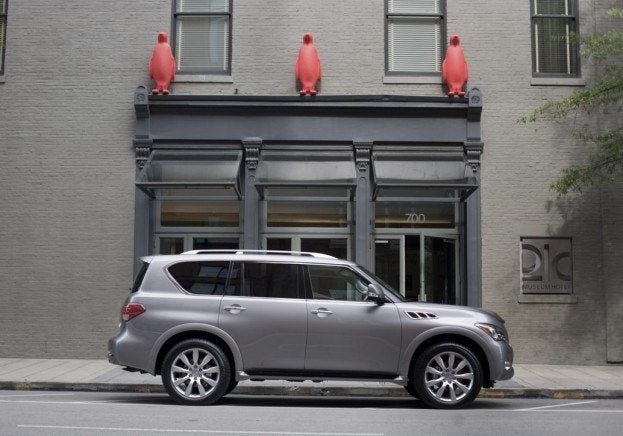 While the full-size sport utility vehicle market is no longer a bull market, the premium monstrosities continue to serve the desires of well-off motorists looking for an alternative to the old town car. For Nissan’s Infiniti brand, the QX56 accounts for a modest niche for the premium car brand but secures a hefty profit margin with simple brand engineering. A full-loaded version of an Infiniti QX56 retails for $7,000-8,000 more than a similarly-equipped Nissan Armada.

For 2011, while the Nissan Titan-based chassis the current QX56 rides is being discontinued, the Infiniti QX56 reappears with a global platform originating from the new Nissan Safari/Patrol SUV (This platform is also rumoured to be the basis of a future Nissan SUV). Measuring 1.4 inches longer and 1.1 inches wider, the 2011 Infiniti QX56 greatly dwarfs other Nissan products such as the Versa and the Leaf electric car. Draped over the large outer surface, Infiniti has managed to carry-over some well-proportioned exterior cues shown within their new M sedan. The front end grille and headlamps lines roll along more rounded curvatures which translates into a more pronounced hood. 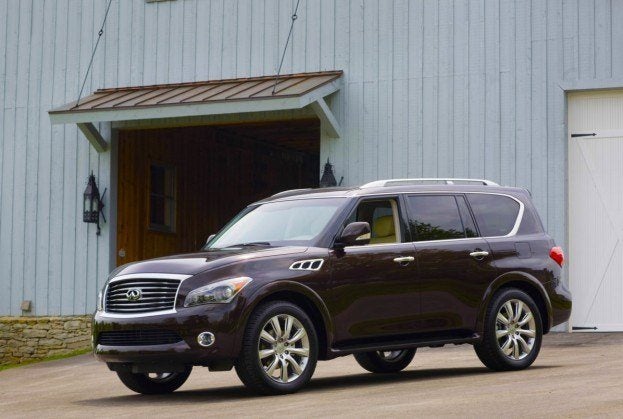 Plagued with being slightly underpowered in comparison to other full-sized luxury SUVs over the past few years, the revised QX56 brings a surprise to the category in 2011. Underneath the big, bold hood, a brand new edition of Nissan’s VK56 8-cylinder engine. Making a more ambitious run against the Cadillac Escalade and Lexus LX 570, the 2011 Infiniti QX56 will produce 400 horsepower (an 80 horse improvement over the 2010 model) for both two-wheel drive and four-wheel drive setups. Employing gasoline direct injection and Nissan’s Variable Valve Event and Lift System is a large contributor to the QX56’s performance gain made while improving fuel economy. Gaining 2 miles per gallon in combined driving over the 5.6 liter V-8 currently in use, the 2011 QX56 features a highly-respectable 14 city and 20 highway fuel consumption. Although featuring more horsepower, the 2011 Infiniti QX56 will suffer from a slight loss of 500 pounds of maximum towing capacity over the 2010 model but continues on with a still strong 8,500 pounds.

For an extra smooth application of this engine power, the QX56 is upgraded with a 7-speed automatic transmission. Apart from what will be a smooth and responsive powertrain, Infiniti’s the new Deluxe Touring Package adds a Hydraulic Body Motion Control system. Acting in concert with electronic stability control, the Infiniti QX56’s Hydraulic Body Motion Control alters the shock absorber settings to reduce body roll and through corners. Coming this summer, the 2011 Infiniti QX56 will join the Infiniti M sedan as the brand’s newest examples of inspired performance.