It’s the beginning of the year, and you know what that means; manufacturer sales data for 2012 is coming in. In the past General Motors hasn’t been the company you think about when it comes to fuel-efficiency. In fact (save for the Chevrolet Volt) both Toyota and Ford have grabbed the spotlight when it comes to green vehicles.

For 2012 though, General Motors is trumpeting the fact that it became the first automaker in the United States to sell over 1 million vehicles that have an estimated 30 MPG rating. Over 13 vehicles in GM’s lineup either or hit or surpass 30 miles per gallon on the highway. Obviously, the bulk of the vehicles are concentrated at the Chevrolet brand. 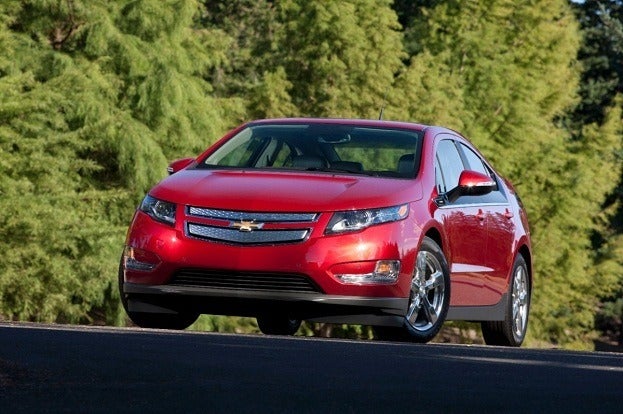 Chevy has a total of eight vehicles that hit or surpass 30 mpg, including the Spark, Sonic, Cruze, Volt, Malibu, Impala, Camaro and, Equinox. Buick has the Verano, Regal and LaCrosse. GMC and Cadillac make do with one model apiece – the terrain at GMC, and the four-cylinder ATS at Cadillac. Mark Reuss, president of GM North America, says “Our investments in advanced powertrains are clearly paying off, and our smaller vehicles are resonating with customers….in 2013, we’ll introduce new diesel, eAssist and plug-in vehicles in the United States and expand the availability of turbocharged four-cylinder engines. This will give us the most technologically diverse range of fuel-efficient cars and crossovers in the industry.”

Official specifications haven’t yet been released for the Cruze Diesel, but they’re expected to be impressive. The car will mark General Motors first diesel passenger car in years. Volkswagen has done surprisingly well with diesel cars, and GM is hoping to replicate that success. If marketed right, a Cruze Diesel could do very well. Hopefully it won’t cost too much more than the gasoline car. The year’s other alternative fuel major launch from GM is the Cadillac ELR are due at the North American International Auto Show later this month. Many new or redesigned GM models are launching in 2013, and the company is hoping to increase its U.S market share.