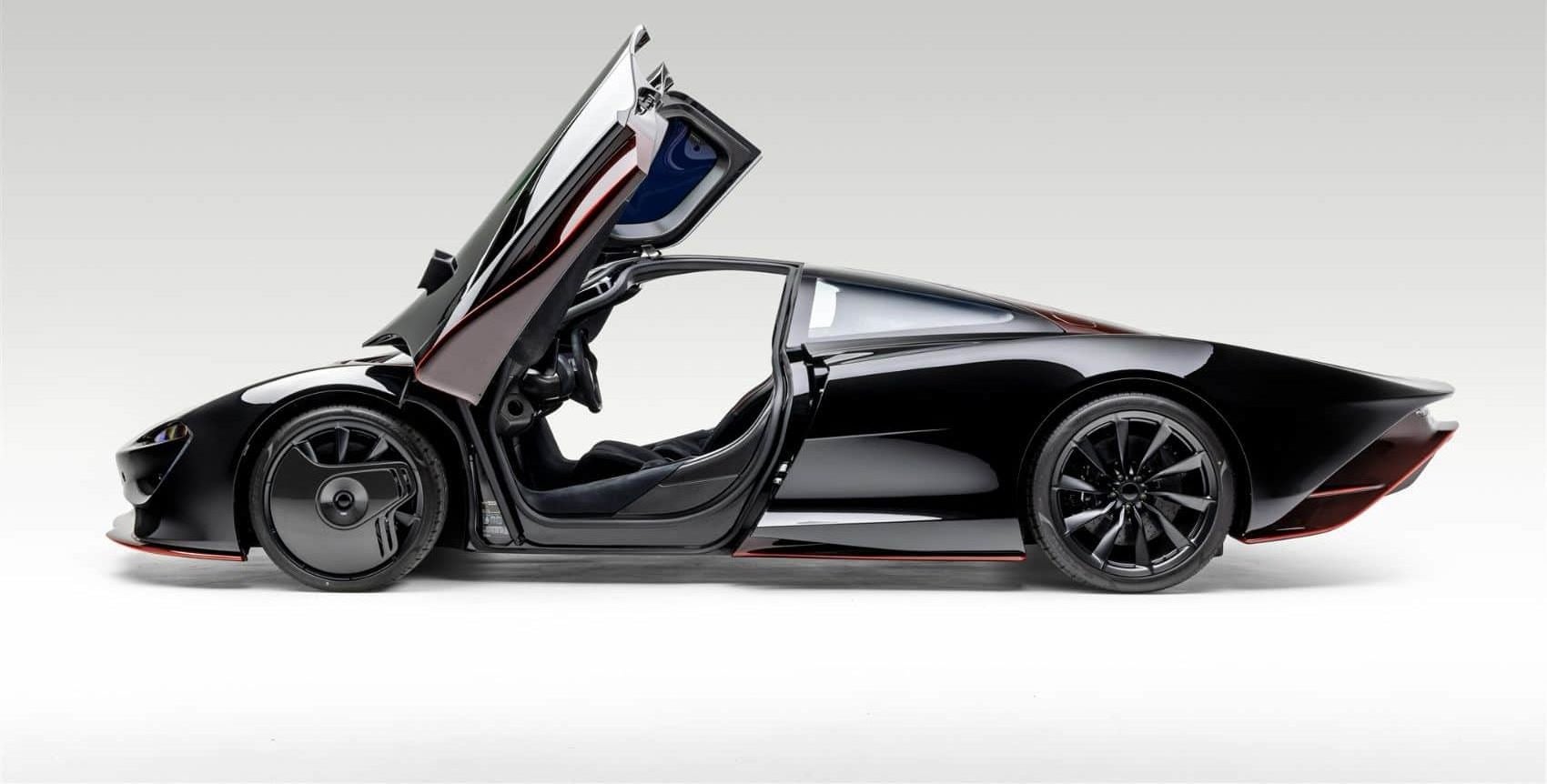 L.A.’s swanky and SoCal cool Petersen Automotive Museum has announced a new exhibit around the world of hypercars, the fastest machines money can buy. Called Hypercars: The Allure of the Extreme, the exhibit will rotate up to 30 vehicles such as the Bugatti Veyron, the Devel Sixteen, the Hennessey Venom F5, and the Pagani Huayra Hermes Edition.

You have to hand it to the museum for doing away with all the pretense and, in so many words, saying, “Sure, that car counts!” I don’t mean to say that rides like Veyrons and Huayras are less than or don’t count. What I am saying is that the Petersen Automotive Museum has no problem displaying cars that have, so far, been little more than hype and vaporware.

And look, I have nothing against cars like the Caparo or the RAESR Tachyon Speed; the most I’ve seen of the majority of those cars has been pushed internet content and sidebar advertisements. But hey, if Elon Musk has shown us anything, it’s that in the 21st century, a car company can sell more hype than vehicles.

“Hypercars are a glimpse of the future today,” said Terry L. Karges, Petersen Automotive Museum Executive Director. “With this extensive exhibit, we want to nail down what a hypercar is while giving guests the opportunity to view some of the rarest and most luxurious vehicles available.”

An interesting side note, and yet another example of the inclusiveness of the Petersen, the show will also include two motorcycles that fit the description of hypercar: the Lotus C-01 and Aston Martin AMB 001.

If you’re upset about the bikes, the Petersen Museum defines a hypercar as a vehicle that exists at the highest echelon of performance, technological advancement, price, and rarity. So yeah, leave the bikes in.

The museum goes on to say that hypercars have “fascinated audiences with their unparalleled performance, their cutting-edge technological breakthroughs or simply their beauty.” This is all true, but many of these definitely fall into the Atomic Insect school of car design.

Hypercars: The Allure of the Extreme will be located in the Bruce Meyer Family Gallery and the museum lobby. The exhibit will be split into two parts, the first of which will be on display from December 4th, 2021, to September 22nd, 2022. The second wave of hypercars will arrive on September 17th, 2022, and stay until May 14th, 2023.

Admission prices for the Petersen are $17 for adults, $15 for seniors, and $12 for children ages four to 17. Active military with ID, personal care attendants, and children under age four are free. Hours are 10 a.m. to 5 p.m. daily. The museum is located at 6060 Wilshire Blvd. (at Fairfax) in Los Angeles.