Here’s a selection of some of the greenest of all green concept cars from hybrids and all-electric through to cars that are completely biodegradable. 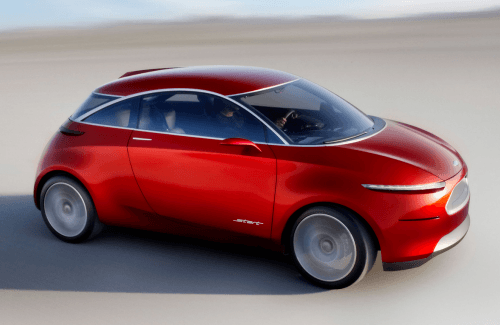 Designed by Ford’s California-based design offices this Ka-sized city car is powered by a 1.0-litre 1.0 litre turbocharged and direct-injected engine. The ‘EcoBoost’ engine offers the same performance as 1.6 litre engine, but produces less than 100g/km of CO2 emissions. The Arcimoto Green Concept car takes its inspiration from the bicycle. Designed with two wheels at the front and just one at the back, the car is extremely light and as such uses much less battery power than other battery cars giving it a longer range of up to 160 miles per charge.

Made from bamboo and rattan roadster the Phoenix Roadster is the world’s first biodegradable car. Created by product designers Kenneth Cobonpue and Albrecht Birkner the Phoenix’s biodegradable skin is designed to last at least 5 years, the average length of time most people keep a car. 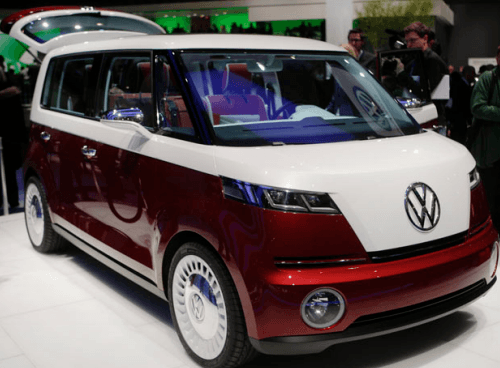 The Bulli is an all-electric concept inspired by the Classic VW Camper. This zero-emissions vehicle has a driving range of around 184 miles and a 0 to 60 time of 11 seconds. With rear seats that fold flat to make a bed, all you need is then is your sleeping bag and a surfboard. 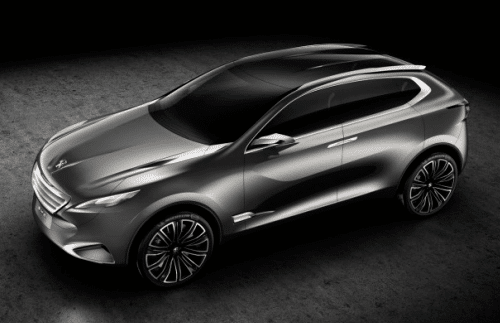 The SXC (Shanghai Cross Concept) is a hybrid crossover powered by a 1.6-litre petrol engine at the front and an 95bhp electric motor at the rear giving a combined 48.7mpg and emitting 143g/km of CO2. Whilst not the most impressive figures, do bare in mind this thing is bigger than a BMW X5. 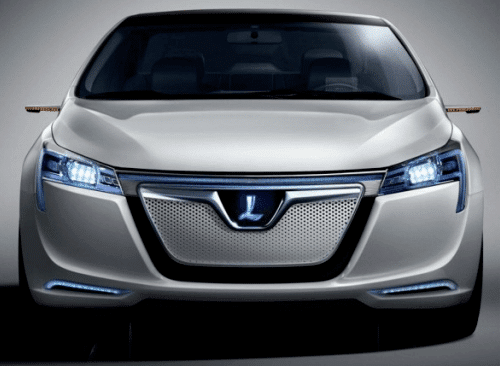 The Neora Concept, from Taiwanese electric car maker Luxgen, is powered a 241 hp motor and is capable of travelling 400 km when fully charged. The Neora has a top speed of 250 km/h and features unique LED lights and an infotainment system from smartphone manufacturer HTC.

The Tesla Model S is the electric car maker’s second car. Tesla refer to the concept car as a ‘beta car’ meaning is almost ready car for production. The Model S supports DC fast charging, giving the car an extra 300 miles of range with just a 1 hour charge. The KTM E3W is an electric two-seater three-wheeled concept car powered by a 15kW electric motor with a range of up to 60 miles. To keep weight to a minimum the car has a plastic body and to make getting in and out easier the E3W has super cool scissor doors. The VELV concept from PSA Peugeot Citroen is a 100% electric car with a 27-horsepower electric motor and a top speed of 68 mph. Capable of 62 miles when fully charged the VELV has aerodynamic styling, gull-wing windows and a peculiarly narrow backend. 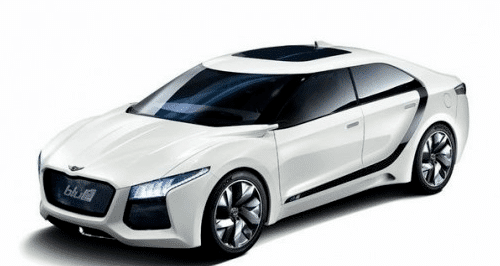 The hydrogen-powered Blue2 hybrid from Hyundai produces an impressive 90 kW of power and is capable of 82 mpg. The car also feature automatic opening doors opening system, cameras instead of mirrors and even LED screens instead of number plates. The One Euro concept from Opel is so called because of its ability to travel 100 kilometres for just one euro. This clever little car is a tandem two-seater, meaning that the passenger sits behind the driver, and has a range of just over 60 miles and a top speed of 75 mph. The MUTE is a prototype lightweight electric vehicle from Munich’s University of Technology. The car features a 15kW engine powered by a 10kW Lithium Ion battery and a 4kW Zinc-Air range extender; where zinc reacts with air producing a chemical reaction that results in electricity. The Jaguar C-X16, is a super sexy concept from Jaguar. The hybrid coupe features a kinetic energy recovery system like that found in Formula 1 cars, where energy expended during breaking is stored for later use. One press of the C-X16’s push-to-pass button and the car will get a boost of power without using any extra fuel or emitting any harmful gases. 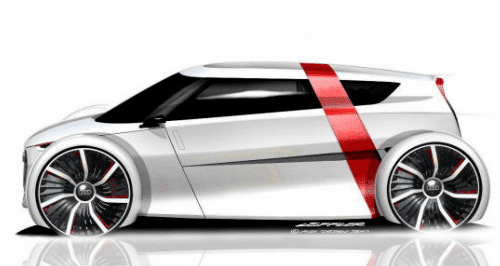 The Audi Urban Concept is another tandem car, with space for a single passenger behind the driver. Powered by two electric motors, with a combined 20bhp, the Urban Concept weighs less than half an average car and can be charged from a domestic socket in just one hour. 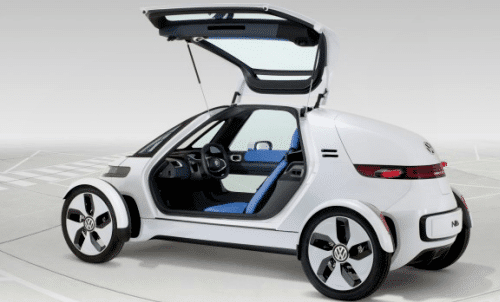 The Volkswagen NILS EV is a single seater featuring in-wheel motors powered by a lithium ion battery. This tiny, lightweight concept is made from aluminium and polycarbonate, weighs just 1014 pounds and has a top speed of 81 miles per hour.

This green car concepts post was brought to you by the team at carrentals.co.uk, a car hire comparison site from within the UK.